Since the Galaxy S10+ has two camera sensors in the screen cutout, it should be expected that the Galaxy Note10 had at least that same number of cameras in the front.

However, it seems that it will not be so since both Note 10 and Note 10 Pro will only use a front camera, according to the well-known Ice Universe leak source.

Based on the filtered information, a render has been created with the design that the Galaxy Note 10 could have. Although it is not an official filtered image, it should look a lot like what we see in the future.

In the image, we can see the new vertical arrangement of the rear cameras, with two zones, one larger towards the left edge and another smaller towards the right that houses the LED flash and the ToF camera. 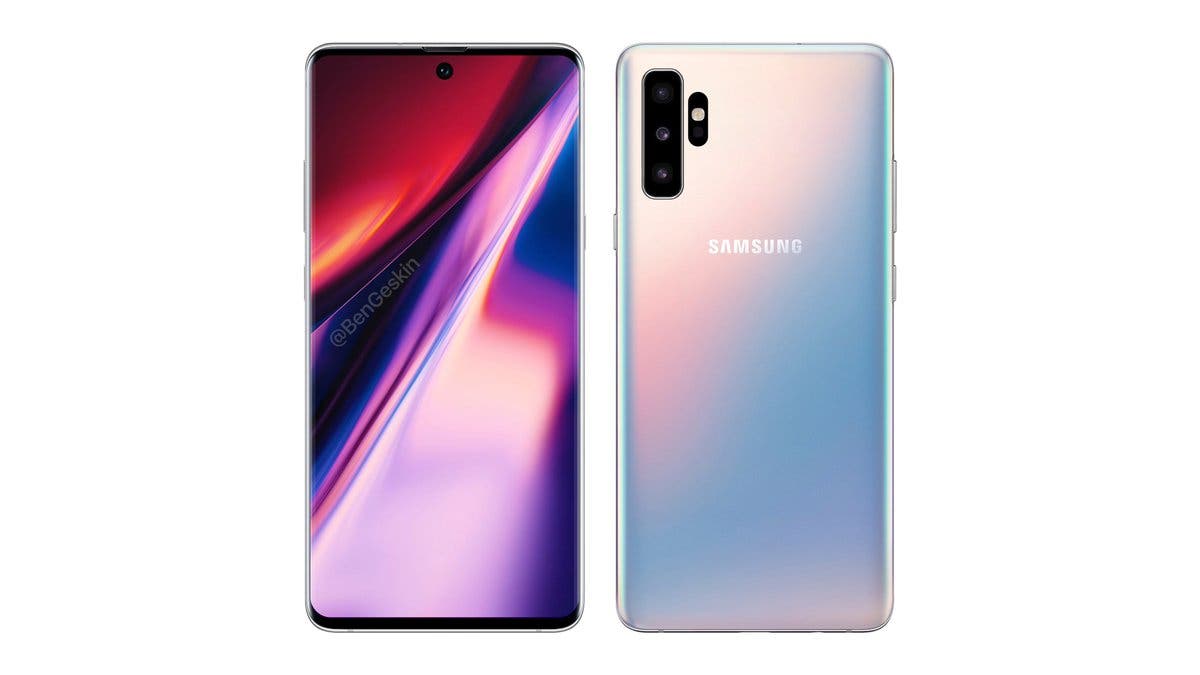 It is worth to mention that Samsung has filed an application to register the DeX Live brand in the European Union, a name behind which a wireless version of the DeX software could hide, possibly for the Samsung Galaxy Note 10 and Galaxy Note 10 Pro.

In 2017, the Korean manufacturer has launched its first desktop extension DeX with the Samsung Galaxy S8: it was a solution that included the use of a special dock and that with subsequent smartphones has slightly evolved.

Apparently, the next evolutionary step involves switching to a system without dock or cables, as suggested by the description accompanying the Dex Live trademark registration request.

Given that in just over two months the Note 10 and Note 10 Pro will be launched, everything suggests that this new feature will be announced with them. And who knows, maybe it could also be available on the Samsung Galaxy Tab S5 too.