Not long ago, Slashleaks released a set of renderings of the upcoming Xiaomi Mi Band 4.  According to the leak, the battery capacity of the band 4 increased from 110 mAh in the previous generation to 135mAh, and there is no need to disassemble when charging. Instead, it is simply placed on the charger. Now, a few real images of this smartband appeared online this morning. 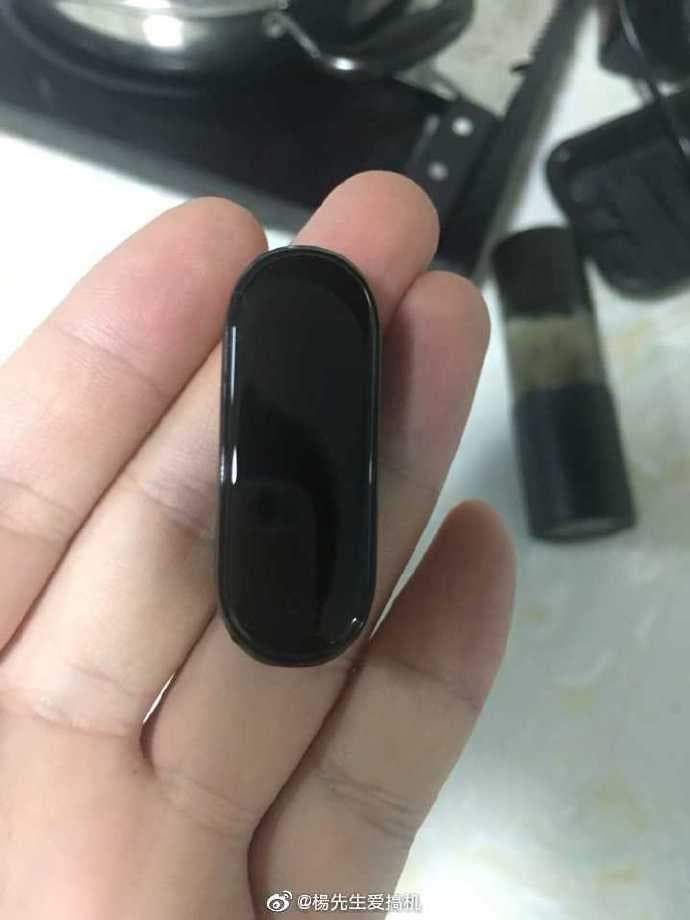 Just as we have heard from the speculations so far, the real image shows the Xiaomi Mi Band 4 with a coloured display.  The leak also said that the size of the Xiaomi bracelet is similar to that of the previous generation, and it supports XiaoAi. This implies that with this band, users can control smart home appliances. However, the company has not officially confirmed this function. 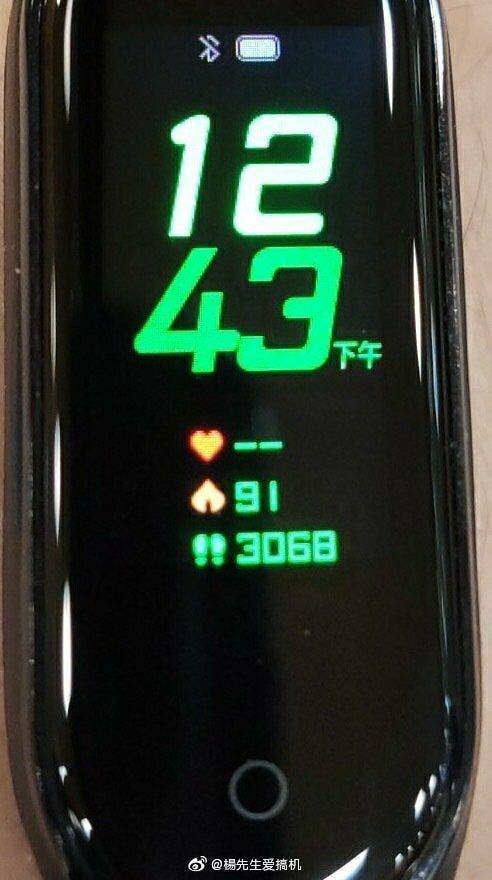 Not long ago, this upcoming Xiaomi band passed Bluetooth certification and it has two models. These models are XMSH08HM and XMSH07HM. According to the certification information, the word “Mi Smart Band 4” appears on the authentication page, which proves that the smart bracelet of this model is the Mi Band 4. The band with model number XMSH08HM supports NFC, and both bands support the Bluetooth 5.0 protocol. Functionally, this band will be equipped with a heart rate detection function with medical grade. As of now, this is about all that is known regarding this device. Since the Xiaomi Mi Band 3 was released in May 2018, we expect that this device will arrive in the coming weeks. At present, Xiaomi has not officially announced the release date of the Mi Band 4. It is estimated that the price of the regular version of this bracelet will be between 200 yuan ($29) and 300 yuan ($43), while the NFC version will be sold for around 500 yuan ($72).