The smartphones under the budget category are packed with more and more decent specs and coming with less than ever prices. This very smartphone segment is where most users can be found, and Chinese tech companies like Xiaomi and UMIDIGI, are doing quite well to cater to the needs of budget smartphone users. UMIDIGI F1 Play, the most affordable 48MP camera phone from UMIDIGI, shows that it stands directly against the Xiaomi Redmi Note 7 in camera, performance and display. Here’s a comparison video, putting the F1 Play vs Redmi Note 7, to reveal which one is the better option if you want a decent smartphone without spending much.

Both the Redmi Note 7 and UMIDIGI F1 Play come with 6.3-inch notched FHD+ displays each with different names for their notches; the UMIDIGI F1 Play has a Waterdrop notch and the Redmi Note 7 Pro has the Dot notch. While both the smartphones’ screens appear adequately bright and vivid, the  F1 Play’s bezels were less as compared to the Note 7’s which made the viewing experience better on the former.

The key feature on both phones is the 48MP dual rear camera setup. UMIDIGI F1 Play features 48MP + 8MP and Redmi Note 7 come with quite similar 48MP+5MP setup. The front shooter on  Play is 16MP while on Redmi Note 7 is 13MP. Then we see the rear camera comparison in two modes, default mode(12MP) and 48MP mode.

In 12MP mode, the same Samsung sensor on both phones can combine neighbouring pixels into one to get 1.6-micron large pixels when in low light condition. From the dim light samples, both pictures are decent but we can find  F1 Play preserves the light sources well and brings out the shadows which means a better dynamic range and contrast than Redmi Note 7.

Then we look into the 48MP mode samples. It is impressive for both budget smartphones that can capture such detailed photos. And we find more details in the shadows of  F1 Play sample.

UMIDIGI F1 Play is powered by Helio P60 processor, which has the similar performance with Snapdragon 660 that Redmi Note 7 is powered by, as the AnTuTu benchmark shows below. 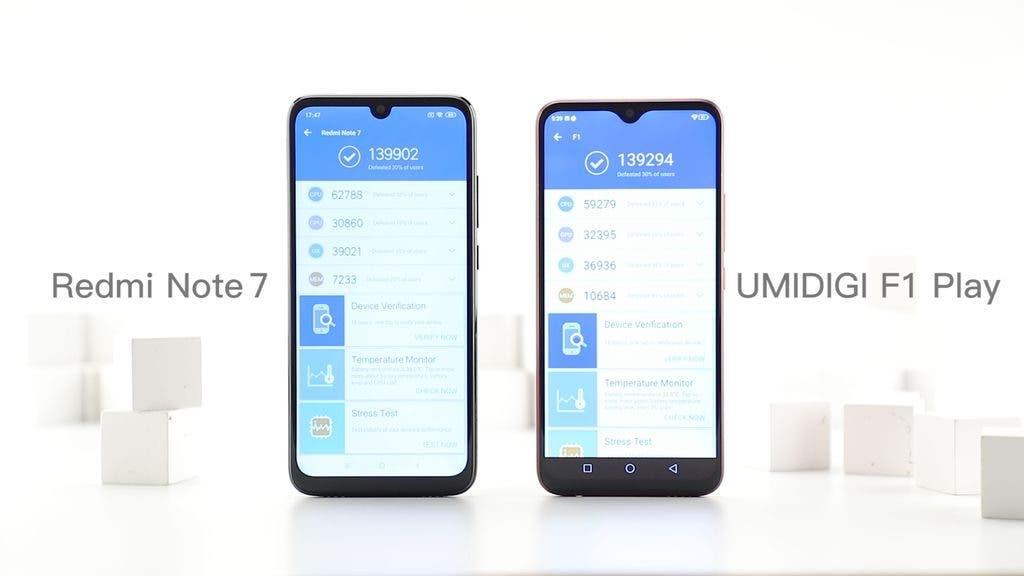 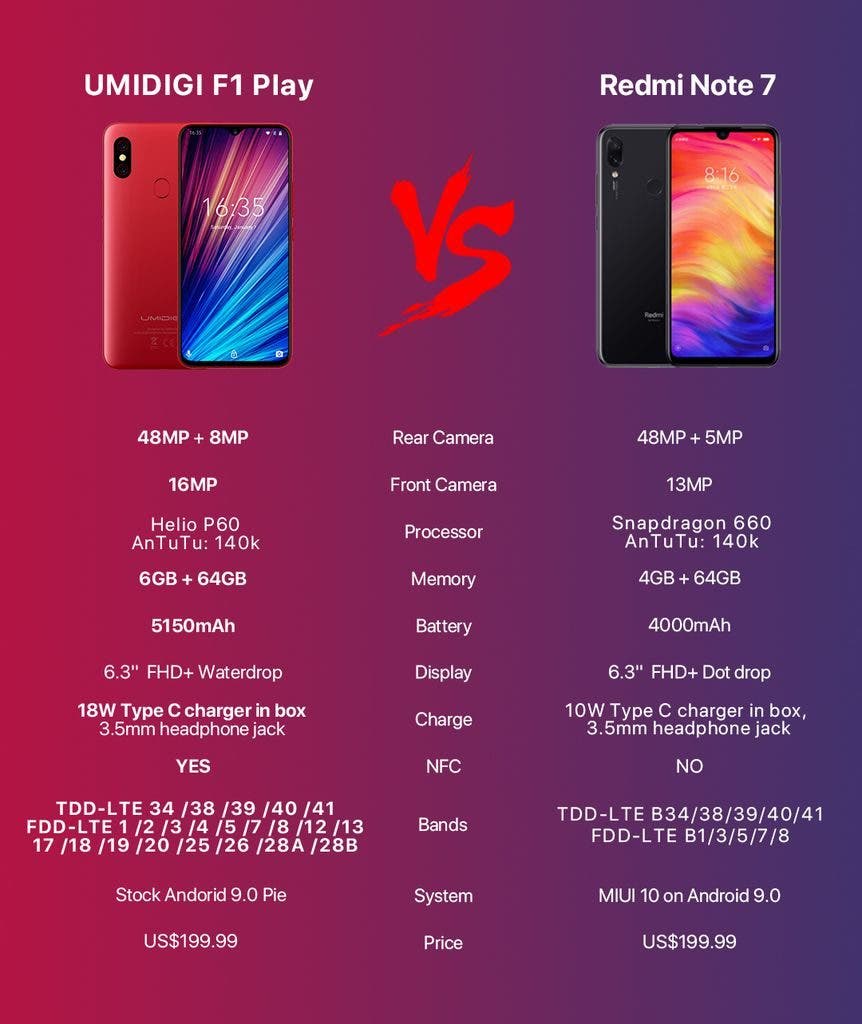 With similar performance and display, UMIDIGI F1 Play wins the battle against the Redmi Note 7 in other features. Under $200,  F1 Play offers a better camera performance, more RAM, more LTE bands and NFC than the Note 7.

Next Giveaway for the 48MP camera beast OUKITEL Y4800