The Nokia brand has finally made a strong global comeback after years of absence from the smartphone world thanks to its new licensee – HMD Global. Its been a success story in well over two years of its re-emergence all thanks to its smartphone offerings which cuts across different price segments. The company is continuing its onslaught of releases today, as it has today introduced a new entry-level Nokia 2.2 smartphone for the India market.

Dubbed the Nokia 2.2, the new entry-level phone is the sequel to last year’s Nokia 2.1 which launched in the U.S as the Nokia 2V. The device, though an entry-level smartphone wears the look of a modern budget phone with its elegant design. The device flaunts a large 5.71-inch display with a water-drop notch, and as bright as 400 nits. As expected, it gets some huge bezel around the display which shouldn’t bother you anyway, perhaps due to its price segment.

Fortunately, it has a removable polycarbonate back with a reflective finish that gives its an attractive look, and what is more, the device has a 3,000mAh removable battery. Worthy of mention is that the Nokia 2.2  gets a dedicated Google Assistant button along the left edge which can be used to wake the Assistant without saying any hotwords.

For the photo freaks on a tight budget, the Nokia 2.2 offers you a single a 13-megapixel rear camera with AI low-light feature, HDR and a 5-megapixel selfie camera on the front. The device lacks the fingerprint sensor, but the front cam does supports Face unlock.

Powering the 2.2 is MediaTek’s quad-core Helio A22 processor coupled with 2GB/3GB RAM, and 16GB/32GB internal storage expandable up to 400GB using microSD card slot. On the software front, the Nokia 2.2 boots Android 9 Pie OS (based on the AndroidOne) out of the box, and much like other Nokia’s Android One phones, the 2.2 gets support for two years of OS updates and three years of security updates. HMD Global claims the device will be the most affordable smartphone to get Android Q and probably the only smartphone in this segment to get a timely update. 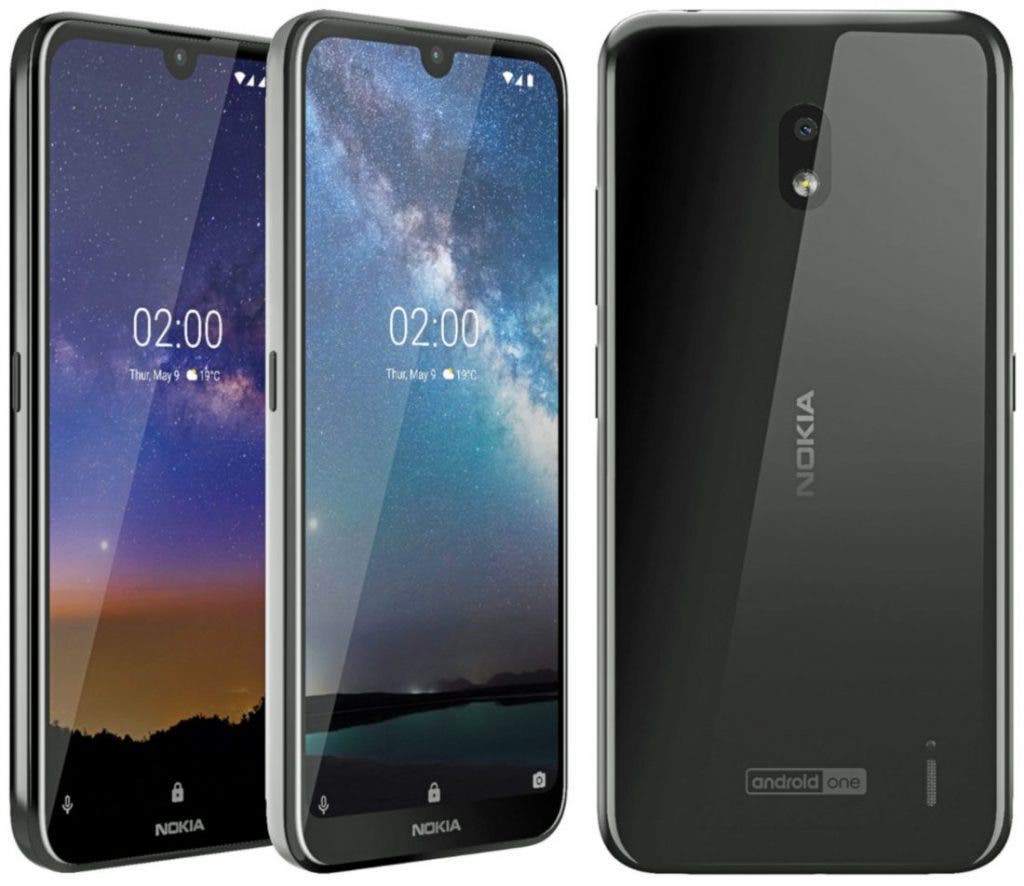 The device is painted in Steel and Tungsten Black colors and is expected to go on sale from 11th June through Nokia.com.phones, Flipkart and offline retailers. You can however already pre-order the device from Nokia.com.  You can get the version with 2GB RAM and 16GB storage space at $100/Rs. 6999, while the 3GB RAM with 32GB storage version costs Rs. 7999/$115.