HMD Global’s Nokia is holding a press event in India today where it is widely expected to launch the Nokia 9 alongside one or two other Nokia smartphones. The company’s Twitter account a few hours back started teasing several of the new features of one of the devices that might debut today, and today, fresh images of a Nokia phone supposed to be the Nokia 2.2 has surfaced courtesy of @evleaks revealing its key design elements.

As per the leaked images, the Nokia 2.2 which is expected to succeed the Nokia 2.1 from last year is seen with a waterdrop notch display with thin bezels on its left, right, top, and of course, a larger chin which is home to the Nokia moniker. On the flip side, the device only houses a single rear camera with LED flash and a glass-like back with Android One branding on the bottom part. 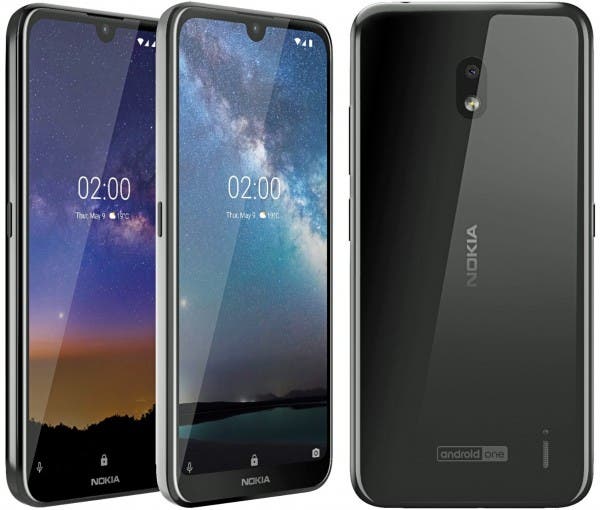 It is not clear to us if the device will house the notification light on its power button as seen on the affordable Nokia 3.2 and 4.2 earlier this year. It is expected to arrive as an entry-level device, and that explains why there isn’t any visible fingerprint scanner, but the render confirms it will get a dedicated Google Assistant button on the left, and the 3.5 mm headphone jack at the top.

We expect more details including full spec and price to be made official in a couple of hours from now.