Reports emerged a few days back that LG mobile could be storming India with an India only smartphone series soon, perhaps to take on the likes of Xiaomi and Samsung which currently hold the first and second market share in that country respectively. The report had it that the smartphone/s will be introduced under a new LG W series, and will be launched in the affordable segment in India, although the exact price bracket is not confirmed yet.

We’ve now got more possible details on the upcoming device, and as expected fresh info suggests the new series will be well endowed to take on devices from the A and M galaxy series. Times of India reports that LG Electronics India MD Ki Wan Kim was spotted using a triple camera touting mid-range smartphone which is expected to launch under a new LG W series. The phone itself as per the report is tipped to launch later this month, though no specific date has been tipped for that.

Going forward, LG might launch more smartphones in the new online-only W series, and are expected to come at a starting price tag of under Rs 10,000 the report claims. And to further give substance to the claims, Amazon.in has set up an official ‘Notify me’ page for the upcoming series, which confirms a few details about the upcoming device/s.

First off, the Amazon.in page reveals the device/s will indeed be launched under a new W series as rumored, while also revealing it will get a water-drop notch display, and of course the triple rear camera. which perhaps could be one of the selling points of the device. The page also confirms it will come with a pocket-friendly price as earlier rumored. The camera details are scarce at the moment, though there the rear cameras will be AI enabled, and will offer the usual Portrait and Bokeh modes, Night Mode for low-light photography, as well as wide-angle image capabilities. 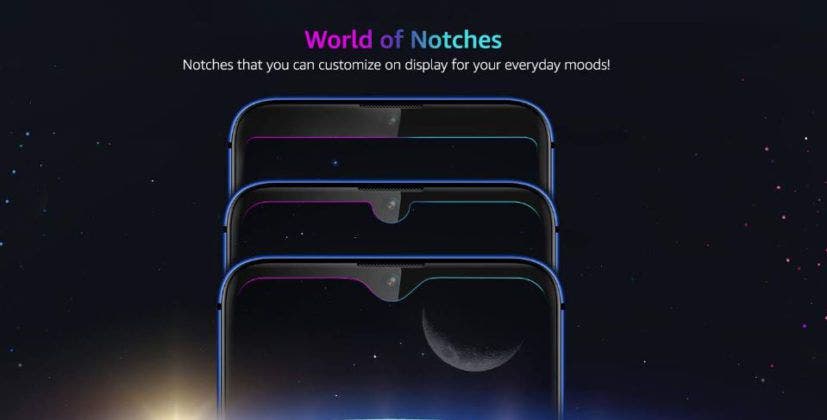 A rear fingerprint scanner is visible in one of the renders, though other details like display size, camera specs, SoC, and battery size are in still in the air. We are also not sure of the launch date, but expectedly it will happen later in June, perhaps we will get some official confirmation soon.