There’s no doubt that Xiaomi phones come with outstanding hardware – money ratio. It is the ingredient that has propelled the company to top spot in big markets like India. However, as a tradeoff, users have to deal with ads on Xiaomi’s proprietary skin on top of Android -MIUI. This issue has particularly boiled to the surface in the recent months with more users being annoyed by advertisements appearing in all sorts of places in the UI. This triggered a backlash and Xiaomi responded saying that they will be working on trimming ads in MIUI version in the near future. 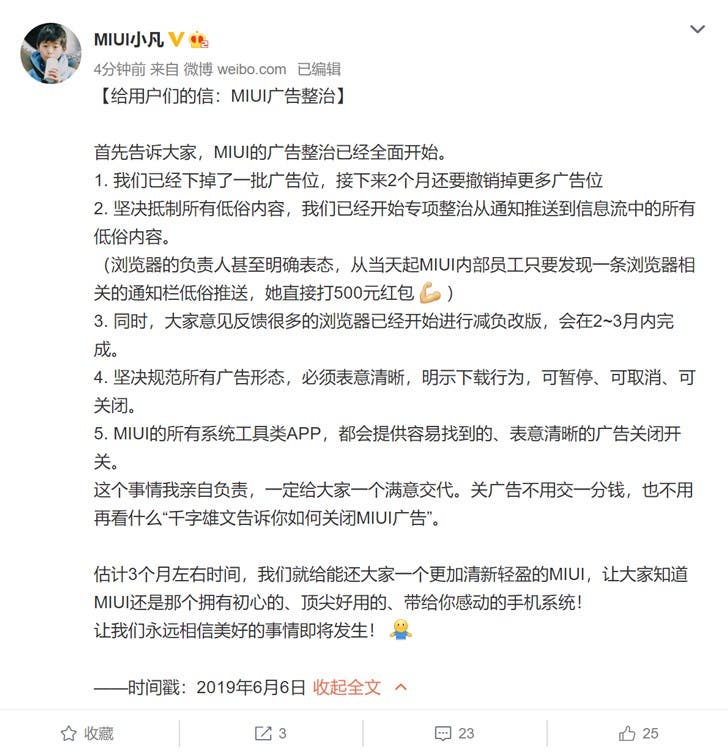 The good news is that work on cutting ads has started in full swing. According to an official post by MIUI experience general manager, MIUI Xiaofan, the new updated version will be rolling out within three months. The Weibo post is quite detailed in describing what Xiaomi is doing with respect to ads.

For one, a lot of spaces where ads were shown have been discarded meaning the number of places that show ads in MIUI has decreased and still more placements will be discarded in a couple of months.

There had been feedback from users complaining about profane and vulgar content. The new MIUI will strongly keep any such content at bay. Also, from the post, it seems the new MIUI will come with a system tool to regulate ads and related settings. For more information on this, check the official post here.