Xiaomi has just announced that its 55-inch Mi LED TV 4 Pro will now be available to buy offline in India exclusively with Vijay Sales. The 55-inch model will be sold in over 80 of the retail chain’s stores. The company specifically mentioned that 55-inch TVs will be available starting Friday, 7 June 2019 in Mumbai, Pune, Ahmedabad, Baroda, Surat and Delhi NCR.

Now, Xiaomi’s Mi TV line have only been available offline via the 500 Preferred Partner Stores spread across nine cities in the country up till now. Hence, this is the first partnership with a third-party retail chain for TVs. Xiaomi’s foray into the smart TV market has reaped good results as it became the top-selling smart TV brand for three consecutive quarters. 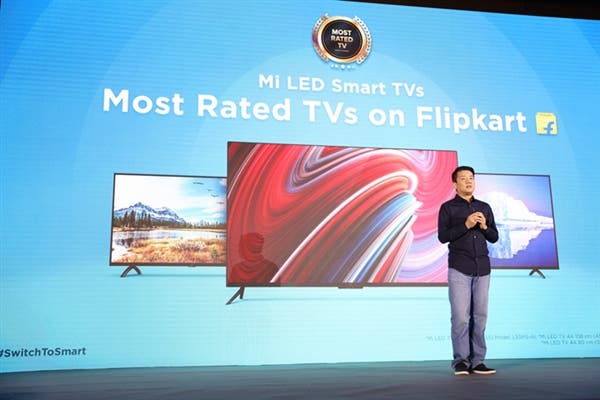 As for the Mi LED TV 4 Pro, it’s a high-end product in the series which boasts a 55” LED display with a 3840 x 2160 4K resolution. It has an overall slim bezels and supports 10-bit HDR. It’s also the world’s thinnest LED TV measuring just 4.9mm. For audio output, it has dual 16W stereo speaker with DTS-HD surround sound while Xiaomi loads the software with its own PatchWall interface designed for India. Xiaomi’s aim is to grow a formidable offline presence with 10,000 Mi-branded stores by the end of 2019.