HTC has said that it will officially release a new e-series machine on June 11. Today, some new information was leaked concerning this new phone. It will be called the HTC U19e. Though it has an irregular naming, everything resembles the HTC style and approaches. 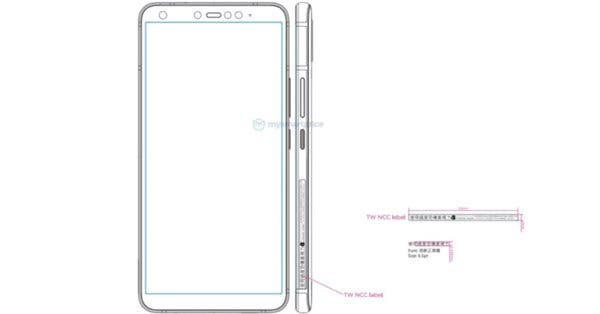 As the spotted information suggests, the HTC U19e will be considered as a mid-range handset, sporting a quasi-flagship chip Qualcomm Snapdragon 710. The latter should be paired with a 6GB + 128GB storage combination. By the way, if the native storage is insufficient, you can expand it via the SD card slot.

As for the appearance, the HTC U19e will use a transparent glass as the main material of the back. At the same time, the thinnest part will reach 8mm. The phone will be available in light green and purple. The translucent variant will have purple shades.

On the front, our protagonist sports a 6-inch screen with an 18:9 aspect ratio. There is also a dual-camera on the back with a 12MP + 20MP sensors combination. One of the lenses comes with an f/1.8 large aperture, supports AI shooting, 4K recording, automatic HDR and many more. The second one is a telephoto lens that supports 2x optical zoom.

The selfie shooter also uses a dual-camera design, in which the main camera hosts a 24-megapixel lens, while the other 2-megapixel lens supports the new iris recognition unlock function. The HTC U19e does not adopt the increasingly popular screen fingerprint recognition technology. It still uses the rear fingerprint module.

As for the battery, the HTC U19e is packed with a built-in 3930mAh battery and supports NFC. The rest of the features include Bluetooth 5.0, HTC BoomSound HiFi, and Type-C interface. 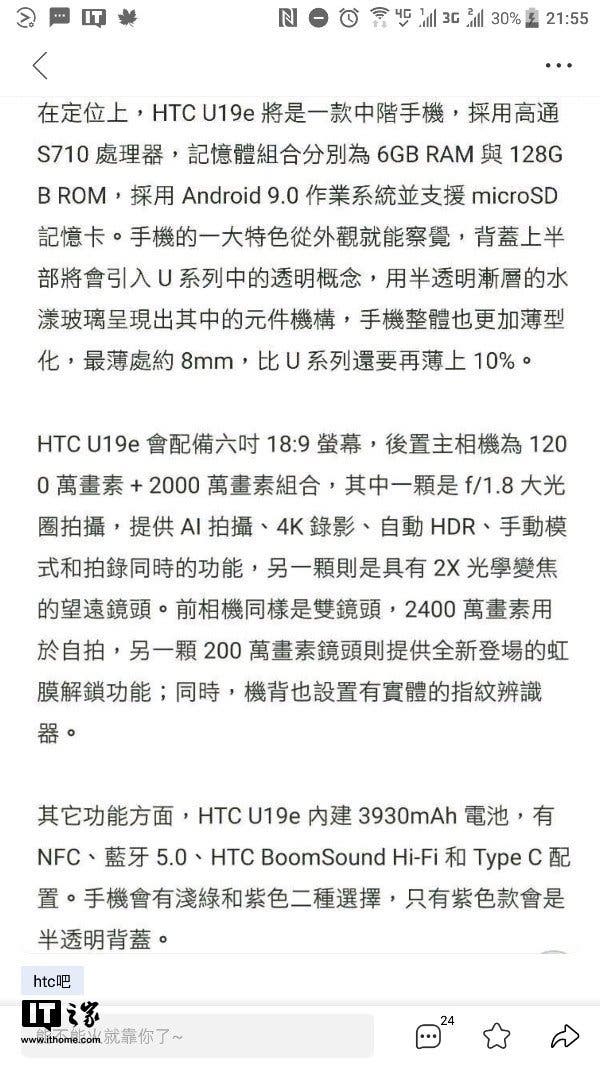