EE already deployed its 5G network in the UK at the end of May, now users are waiting for Vodafone to start the operations of the new network on July 3. If you’ve been wondering when Three, another important carrier in the UK, would jump in the 5G bandwagon the answer is finally here in our hands.

Three officially confirmed that it’s going to launch its very own 5G network in the UK sometime in August. Initially, this will be used only for home broadband type connections. The first phase will bring 5G availability only to Three users in London, if you sign up with a 5G capable smartphone you’ll get a router that connects to Three’s 5G towers and then serves you Wi-Fi with speeds “comparable to fiber broadband”. 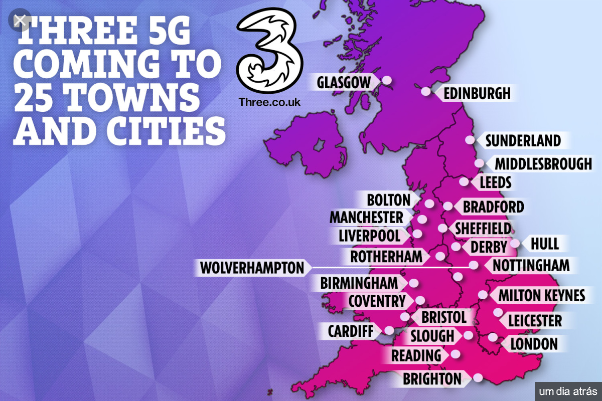 The carrier expects to see its 5G services available to 25 cities in the UK. Since we still have a few devices running 5G capabilities it’s not too hard to imagine which devices will be available for purchase when Three start operating at 5G. But we expect to see the Galaxy S10 5G leading the way to the next level of mobile data.

Now that Three has finally unveiled its plans for the 5G switch, UK residents will be waiting for O2 plans the next UK carrier to announce its plans for 5G.