Chinese manufacturer, Huawei, is developing its own operating system which will be called “HongMeng OS” in China and “Ark or Oak OS” in other parts of the world. According to recent reports, Huawei’s self-developed Android “backup” system plan can be traced back to 2012. The idea started from a lakeside conversation at Huawei headquarters. Subsequently, the self-developed OS became a top-secret project. 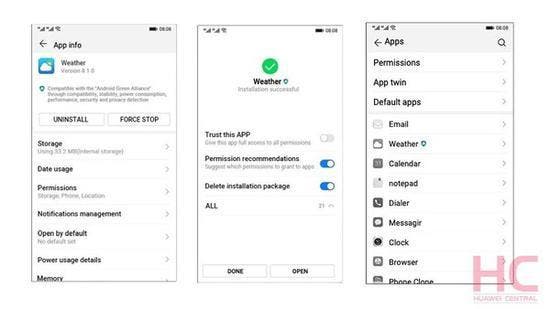 According to Rosenblatt Securities, HongMeng system is 100% compatible with Android and has enhanced security features such as personal data protection. It is said that the shipment of HongMeng OS equipment will reach about 1 million units. HongMeng OS is based on a lightweight micro-kernel. It is said that the biggest difficulty encountered in development is its full compatibility with Android. This was done to minimize the transition cost of users and developers.

Recall that Windows 10 Mobile from Microsoft is compatible with the Android layer, but it has not succeeded in winning the market. The likes of Tizen OS from Android never saw the light of day. Huawei executives have revealed that HongMeng OS will launch this fall at the fastest and it will be used across mobile devices, tablets, TVs, IoT, and other device platforms.