IVRPA 14th annual conference held in Belfast is the professional virtual reality photography show and it opened its gates to the public yesterday. For 4 days, the heart of technology is going to be beating there and Pisofttech is attending the show to present their flagship product: Pilot Era. Of course, the big news for Pisofttech that is crowdfunded and has already got $180k  in Indiegogo.

IVRPA 14th annual conference features 4 days of talks, workshops, panels, and exhibitors, you will learn from and meet the key players at the forefront of the 360º VR industry.At IVRPA conference, our brand ambassador made a speech of The Pilot Era Philosophy why it’s a game changer.

What impressed me about the Pilot Era 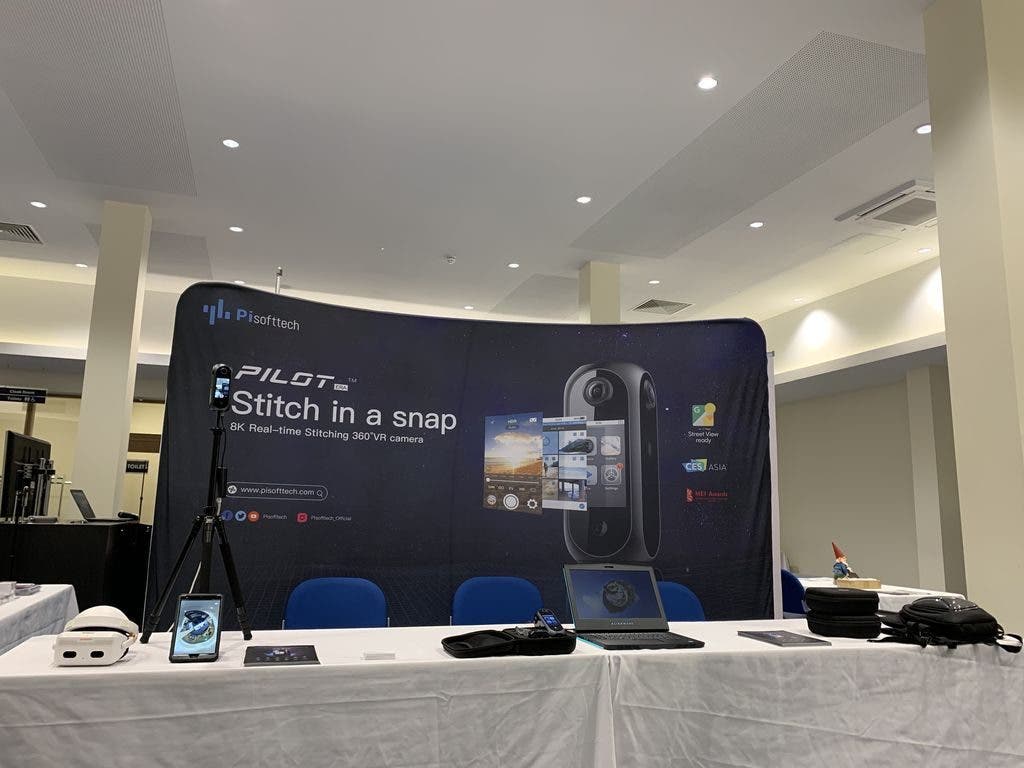 This thing looks like a big fat phone with four fisheye lenses and a touchscreen running android! Wow! And it does all these things that no other cameras can do! It has an ethernet port, it can livestream, you can publish from the camera, ….

This is not a “camera”. It’s an “imaging appliance”

This camera represents a completely different design philosophy than the other cameras out there. Other cameras take photos & videos and then you remove the photos from the memory card and deal with them. If you’re lucky, you might have a clunky app (they’re always clunky – find me one that isn’t, please?) to copy images onto your phone or maybe share them somewhere. But that’s just… really crap, isn’t it?

The Pilot Era  is a reimagining of a camera from “first principles”: What are people doing with this camera, and what should it do, all by itself?

What does a 360º Imaging Appliance do?

Pilot Era has a high-definition touch screen and user-friendly operating system (powered by Android-based operating system) that almost feels like a mobile phone. Moreover, we regularly push OTA updates and improvements to the Camera software. While you have the option to connect using our Pilot Go mobile App, we make it easy for you do everything simply using just the Pilot Era as an all-in-one standalone device without your phone or computer, including stitching, previewing, publishing, and adjusting settings. Moreover, you have the capacity to use different peripherals through its full-function USB-C interface, such as: displays, microphones and power banks.