Huawei has been waist-deep in a sort of Business quagmire for as much as one month now. The Chinese firm hasn’t even found a soft landing, we have reports of what could daint its name even more. As reported by Androidpolice, a number of Huawei phone users have noticed that their devices have suddenly begun displaying ads in their lockscreens.

Precisely, users report that ads from Booking.com have practically taken over the lock screen of a group of Huawei devices including top of the range Huawei P30 Pro,  P20, P20 Pro, P20 Lite, P10 Lite as well as Honor 10. The complaints seem peculiar to Huawei devices the preinstalled landscape wallpapers, and it also doesn’t seem localized to a certain region. It has bee reported from the UK, Netherlands, Ireland, South Africa, Norway, and Germany. More than enough users of Huawei devices both on Reddit and Twitter have since confirmed the bugs or whatever you wish to call it, with some reporting Huawei might have embedded them into the phone’s Magazine Unlock feature.

While the advertiser has yet to respond to inquiries, the Chinese firm in a quick response neither denied nor accepted serving ads to its users. The firm via its German Twitter handle only publicly offered an apology, saying “I’m sorry that you think we want to advertise”, and said that users could deactivate the ad by swiping up on the screen and going into settings to deleted the individual image. A number of users have confirmed that deleting the images as well as changing to non default will also both get rid of the ad. 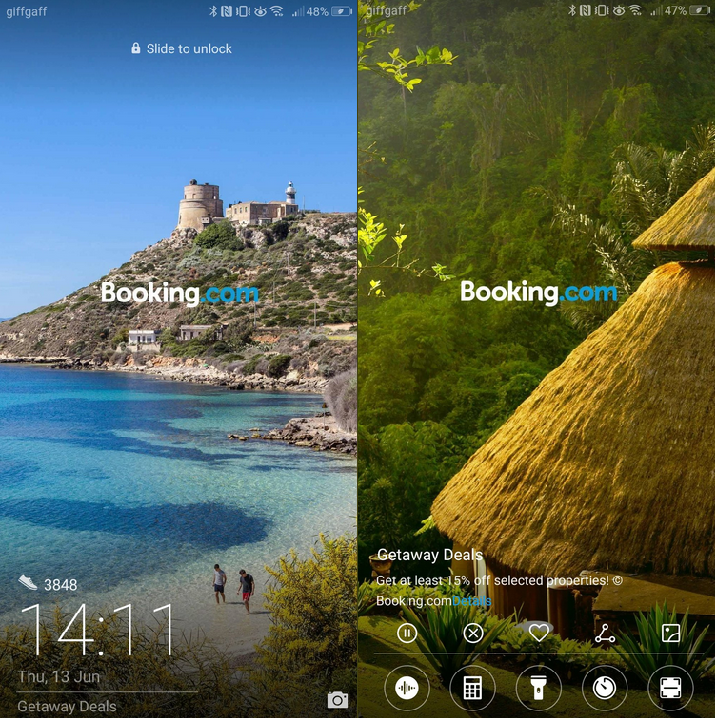 Huawei and its Honor brand further said it never initiated the ads, while also urging users to check app settings or follow publicly available directions on how to remove lock screen ads.