LG mobile has confirmed launching a fresh youth-centric series of smartphones for its fans in India soon. The LG W- series like we call it will sell in the country only via online platforms. We already got a few specifics about the line-up, and here comes the most reliable leak about the W series till date.

91mobile in an exclusive report has it that the first device to launch under the W series is LG W10 indicating once more that Samsung is the main target. The leaked image only reveals the rear design, though beside it is the device’s retail box.

Painted in purple color, the leaked image reveals a curved back panel with a fingerprint scanner, and maybe a triple camera setup as rumored – the whole view isn’t available. The bottom frame of the LG W10 features a 3.5mm headphone jack, charging port, and a speaker grill. 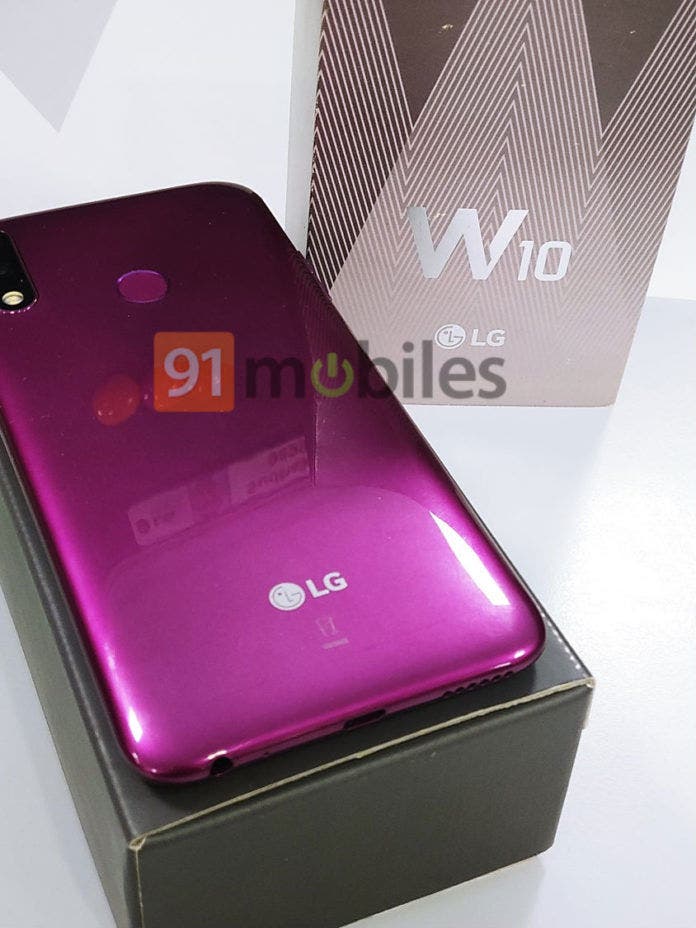 The LG W-series per 91mobile report suggest under Rs 15,000, and from the W10 moniker, it is evident we will in the coming months see more LG W devices like – LG W20, W30, and so on. So far we do know the device will get a waterdrop notch display, a 2.0GHz octa-core MediaTek Helio 12nm SoC, a 4,000mAh battery, and LG’s Boombox speakers.

A launch date has yet to be revealed, however, we expect to hear more from LG in the coming days.

Next Huawei Mate X postponed until September: "We don't want to destroy our reputation"