Following in the footsteps of Samsung and a few Chinese phone maker,  the mobile arm of the Korean electronics major LG is planning on regaining its market dominance with the introduction of a new LG W series of LG smartphone soon. The device will be available only in India and sold exclusively online. With this strategy, LG will be aiming to revive its ailing phone business while targeting the same consumers as Samsung with its Galaxy M series of smartphones.

A few details already popped out about the LG W smartphone as it is called all thanks to Amazon India teaser. LG has also corroborated Amazon’s teaser with a recent listing on LG’s official India website. A proper launch or even official confirmation is expected soon, but while we await that, a new live image of what is purported to be the upcoming LG W series smartphone has surfaced online confirming its design. 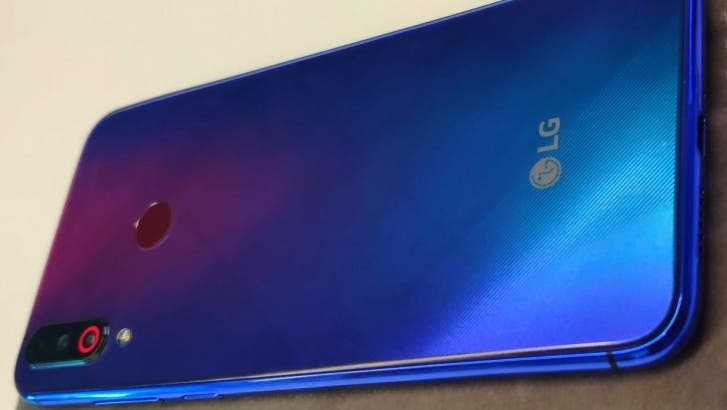 Similar to the teaser on from LG and Amazon.in, the leaked image only reveals the LG W from the rear side, while most part of the display front is still shrouded in secrecy. From the image attached here, the LG W looks set to arrive parading a textured finish with a gradient design.

Essentially, the live image confirms the LG phone will come fitted with a triple camera combination, and of course a rear fingerprint scanner. It also reveals a power button and volume rocker on the right side of the phone, with a USB port placed at the bottom. Though the top view isn’t visible, previous teasers suggest the device might get the 3.5mm jack at the top.

The device as per a teaser on Amazon is expected to come with a water-drop notch design, three elegant pain jobs, aggressive pricing like never seen before, and what is more, a 4000mAh battery.

There isn’t much we can report on the hardware details, However, pricing and availability, so we suggest you stay tuned to us for further details.

Next Huawei suspends deliveries and development of new notebooks