First announced in China earlier in May, the Redmi K20 officially landed in the EU a few days ago as the Xiaomi Mi 9T, and it could be launching in more regions including Indian, soon. Xiaomi Malaysia has sent out media invites to a launch event taking place on 20th June 2019 in Kuala Lumpur, Malaysia.

The Xiaomi Mi 9T will obviously be the star of the show, though we are still to confirm if the Mi 9T Pro will make an appearance at the event. No country so far has received the MI 9T Pro, perhaps there isn’t any single device by that name, we will find out more at next week’s event. 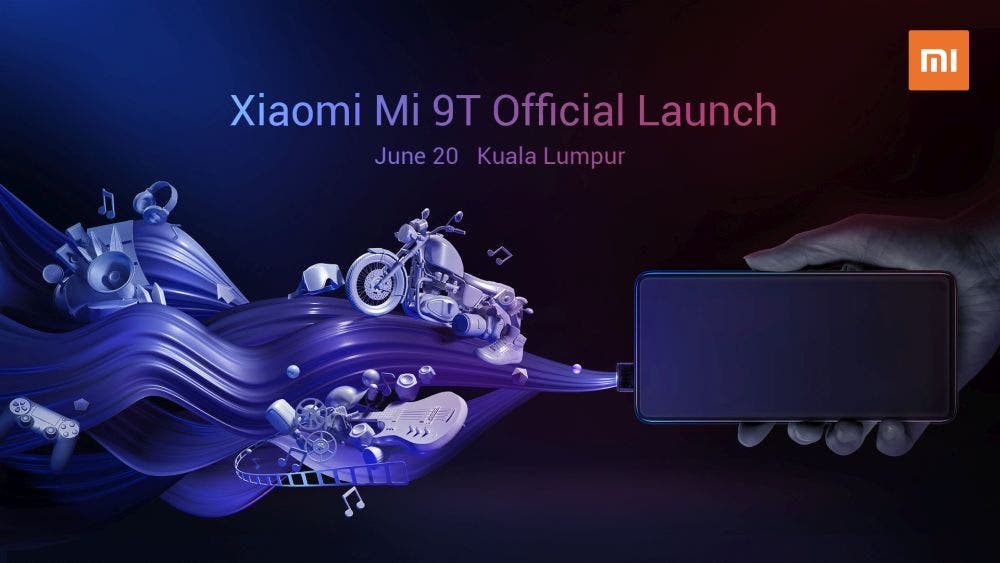 As a reminder, the Xiaomi Mi 9T is a rebranded Redmi K20, and it is Xiaomi’s first smartphone with a pop-up camera. It comes fitted with a 6.39″ Full HD+ AMOLED display complete with an in-display fingerprint sensor coupled with a Snapdragon 730 SoC, 6GB RAM, and 64GB and 128GB storage options. A key highlight of the Xiaomi Mi 9T is its triple rear camera setup which includes 48MP Sony IMX582 primary sensor with f/1.75 lens, as well as a 13MP wide-angle sensor and an 8MP telephoto sensor.  It gets a 20MP camera which pops up once the camera mode is on.

A tipped from Malaysia suggest the device is already on sale in the country.  Online retailer Shopee is reportedly having stock of the device and is priced at RM1799 for 6GB/128GB in Red color hue.