A mysterious Vivo device appeared on Geekbench today with specifications that confused readers with regards to its identity. That’s because there are a number of mid-range Vivo handsets in the pipeline right now (Vivo 1913A/T 1914) with close specifications.  The said Vivo 1951 spotted on Geekbench appeared to have a Snapdragon 710 SoC which made it close to the Vivo Z5X launched recently in China. However, a retail box of the Vivo Z1 Pro has leaked online today that reveals the same model number. 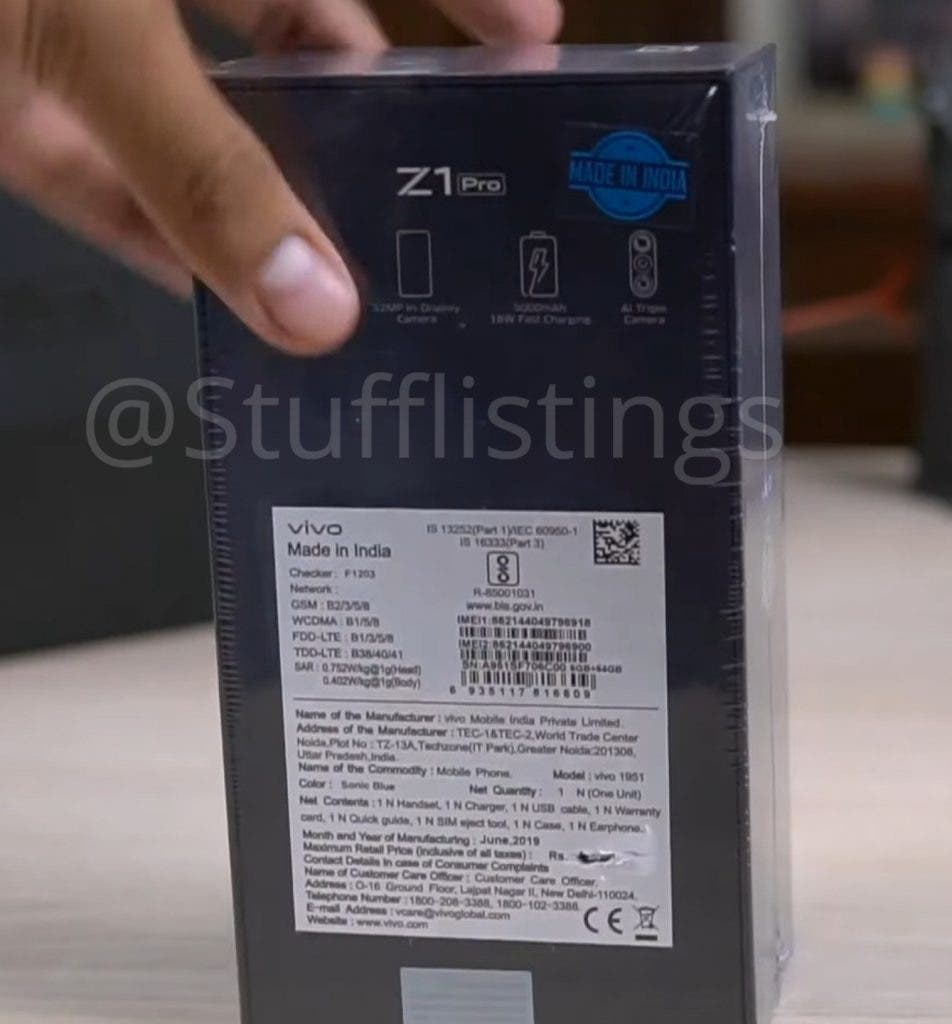 This means that the Vivo Z1 Pro is the Vivo 1951 but it begs the question – how did Geekbench show a Snapdragon 710 SoC when the Z1 Pro clearly has a Snapdragon 712 chipset? There could be any of several reasons for this. Perhaps, the benchmark doesn’t consider the two chipsets different as the SD 712 is just a higher clocked variant. The exact reason is not clear but it’s now pretty clear that the Vivo 1951 is the Vivo Z1 Pro.

The Z1 Pro will be launching in India soon although Vivo has not specified the exact launch date right now. Much about the handset is already official including a Flipkart page that tells all and a few unboxings on YouTube.