Huawei’s official Weibo handle just announced that Huawei will hold a product launch conference in Wuhan at 14:30 on June 21th. That day, we’ll see the new Huawei Nova 5 series, which includes the Nova 5 and the Nova 5 Pro.

The news comes in form of a teaser which portrays Chinese idol Yi Qiann with the upcoming smartphones in two different color variants by his side. 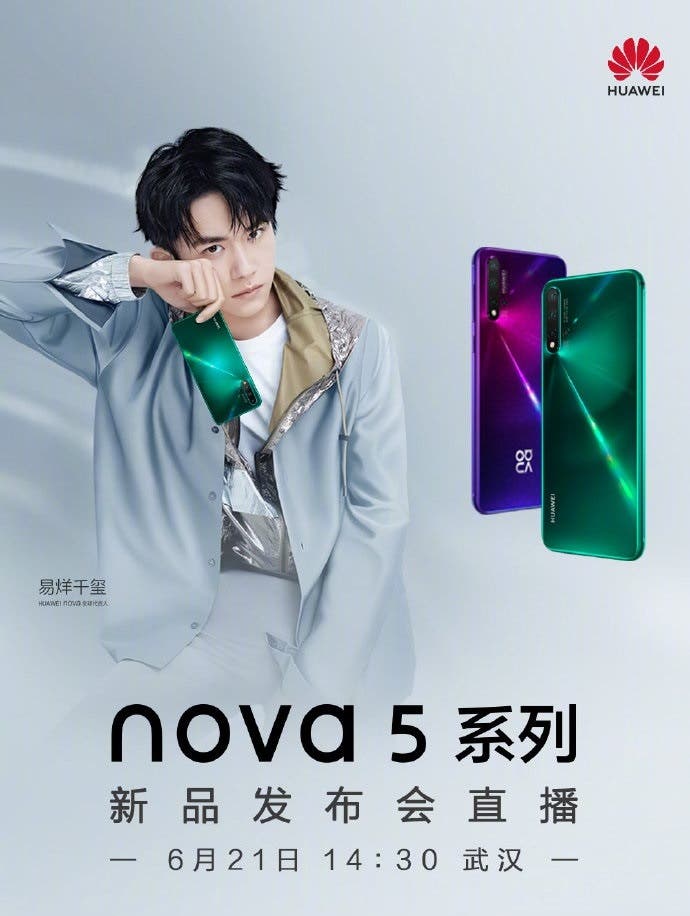 As far as specs go, the Huawei Nova 5 Pro is expected to pack 2340 × 1080 resolution display. We’ll then find a HiSilicon Kirin 980 processor, 8GB of RAM and 256GB of internal storage. The just listed hardware is apparently able to get up to 315,816 points on benchmark software AnTuTu, which is actually more than what the Huawei P30 and Mate 20 managed to achieve.

Meanwhile design wise, as we can see in the teaser above and in previous poster, the Nova 5 series will feature a waterdrop notch at the front. On the back we’ll instead find four cameras. The smartphone will feature an under display fingerprint scanner, so it could be considered as a real flagship alternative. That is also thanks to the previously mentioned Kirin 980 CPU. 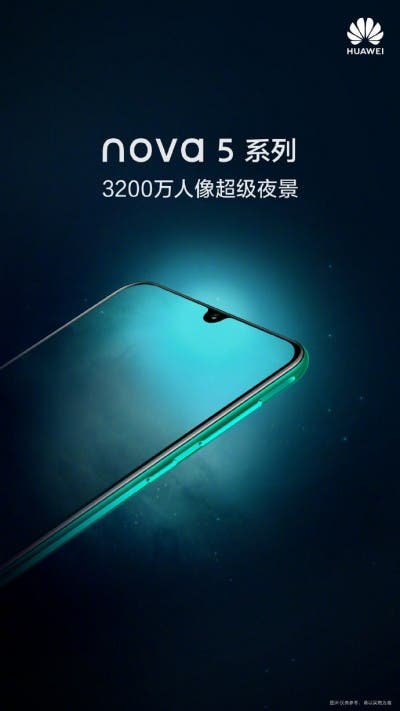 Moving onto the Huawei Nova 5. The more affordable handle will back Huawei’s second 7nm chip, the Kirin 810. Other specs will include a 6.39-inch screen with a resolution of 2340×1080. For cameras we’ll have a front 32MP sensor and four rear shooters of 48MP+ 16MP + 8MP+ 2MP cameras. RAM will top at 8GB and storage at 128 GB. Finally, it’ll be available in colors such as Frog Forest, Bright Black and Midsummer Purple.

Finally, it’s been reported that the two new models will come standard with 3500mA battery and 40W fast charge. The Huawei Nova 5 Pro will pack NFC and have another Coral color option.

Previous Samsung Galaxy Note 10 could have a new camera, while Galaxy Watch 2 appears

Next 43% of Android apps have vulnerabilities, according to this study