Today, Chinese manufacturing giant, Huawei, released a couple of devices which includes the Huawei nova 5 series as well as its second 7nm chip, Kirin 810. In addition, the company released a new tablet, Huawei MediaPad M6. This tablet has two versions and the difference is basically the screen size, 10.8-inch, and 8.4-inch.

In the core configuration, both use a 2K display with a resolution of 2560×1600. They are powered with a Kirin 980 processor coupled with 4GB of RAM and 64GB/128GB of internal storage. In the camera department, this tablets uses an 8MP front camera supported by a 13MP rear shooter. In terms of battery capacity, the 10.8-inch model comes with a 7500 mAh battery while the 8.4-inch variant uses a smaller 6100 mAh battery. In addition, the Huawei Tablet M6 is equipped with a two-channel & two-speaker audio system, which has a penetrating treble and deeper bass. It has a customize large-amplitude speakers to make each note burst with more energy and restore the live-level music experience. 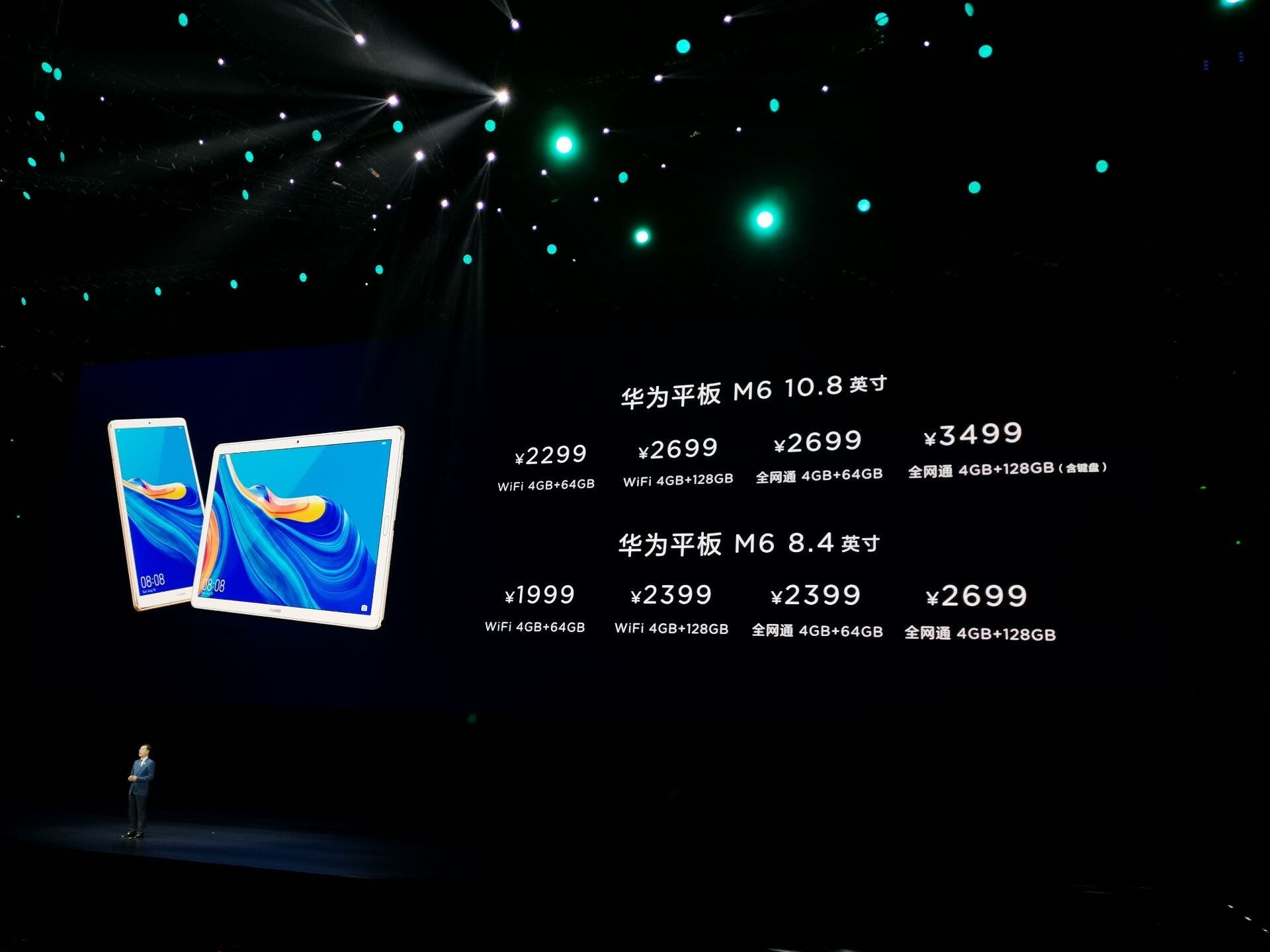