Xiaomi’s CEO Lein Jun went on Weibo today to leave some details about the company’s strategy. He shed some light on Xiaomi’s smartphones future through Mi and Redmi series. In addition, he stated that we won’t be seeing successors to the Mi Max and Mi Note lines this year. 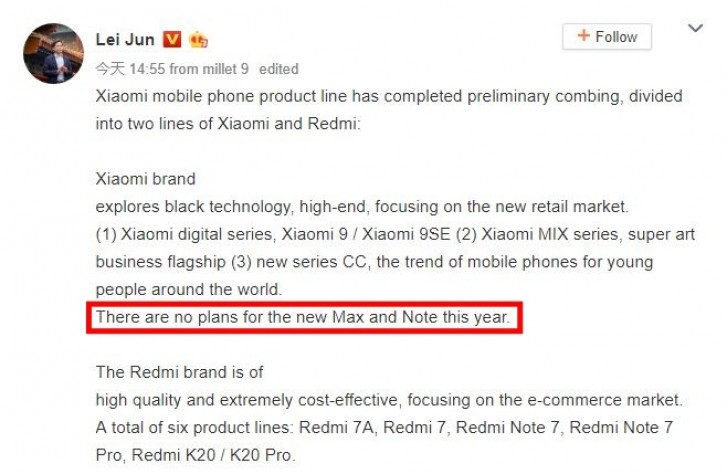 According to Lei Jun, Mi Brand will keep its focus on premium smartphones with high-end performance. For instance, the company will keep reflecting the Mi branding strategy with new devices such as Mi 9, Mi Mix and upcoming CC range. On the other side of the coin, we have Redmi. The company’s sub-brand will keep delivering cost-effective phones which offer all essential features in a more affordable package.

The Mi Note series was quite popular some years ago, it worked like a larger version of Xiaomi’s Mi flagship. However, with the advent of Mi Mix series, the Mi Note become less appealing. Therefore the company moved it to a midrange premium segment and the last device released under Mi Note series was the Snapdragon 660 powered Mi Note 3.

The Mi Max series, on the other hand, was quite popular due to its big display’s size and massive batteries. While the Mi Note fans can take the Redmi K20 as a spiritual successor, the Mi Max series will surely leave a gap. The Mi Max 3 was released with a 5,500mAh battery, and currently, there’s no Xiaomi smartphone with such endurance. 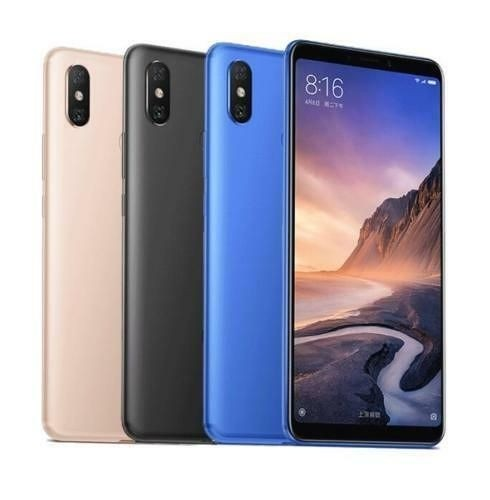 While Xiaomi is yet to officially discontinue these smartphones, the future doesn’t look so positive for its enthusiasts. We believe that the Mi Note series is dead for good. However, we wouldn’t be surprised if Redmi debuts a new spiritual successor for Mi Max, with a large display and big battery.