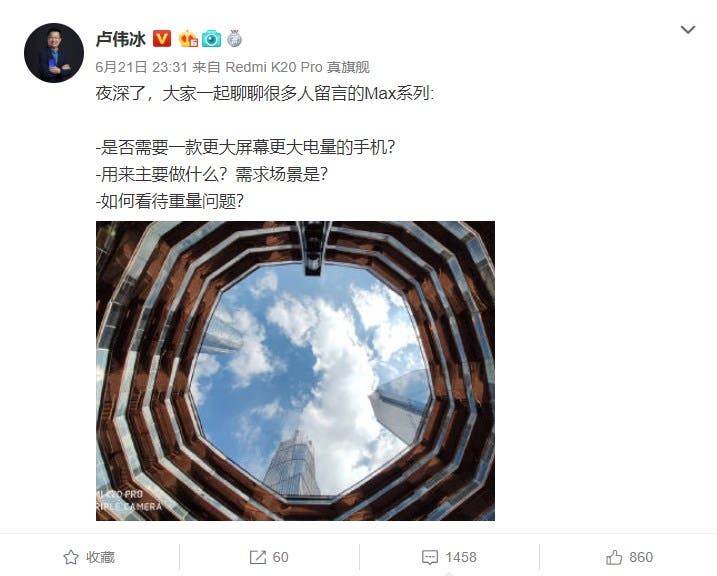 Last night, Lu Weibing, the general manager of Redmi brand was active on Weibo. Some users asked him about the Xiaomi Max series. They pointed out that the manufacturer has cut it from its line. At least, no new product is visible on the horizon. So they wondered maybe Redmi brand will include it into its line.

In response to this, Lu Weibing asked a few questions before answering.

Users were very active and commented a lot. In this regard, the attitude of Mi fans can be divided into two factions. One group thinks that the current smartphone screen is already large enough, and there is no need for so-called MAX and NOTE. However, some users believe that large-screen smartphones can replace tablets. They come with a larger screen and a larger battery but are more convenient to carry than tablets.

The current model from this series is the Xiaomi Mi MAX 3, which is packed with a 6.9-inch screen, a 55aamAh battery, and a Snapdragon 636. And there is no hint at a new model. However, those who think the large screen smartphones are useless, we recommend taking a look at the Samsung Galaxy Note series and the demand towards it.