Today, Chinese manufacturing giant, Xiaomi, announced that it has commenced recruitment of internal beta testers of Android 9 Pie for the Xiaomi Redmi 6 and Redmi 6A. According to the company, it will use many beta testers and the recruitment will still be open after the update starts rolling out. The Xiaomi Redmi 6 and 6A were released in June 2018 and both smartphones came with Android 8 Oreo. There were initial reports that these smartphones will no longer get the Android 9 Pie update. However, it now appears that the company has had a change of heart. These devices are now on course to get the Android 9 Pie update. 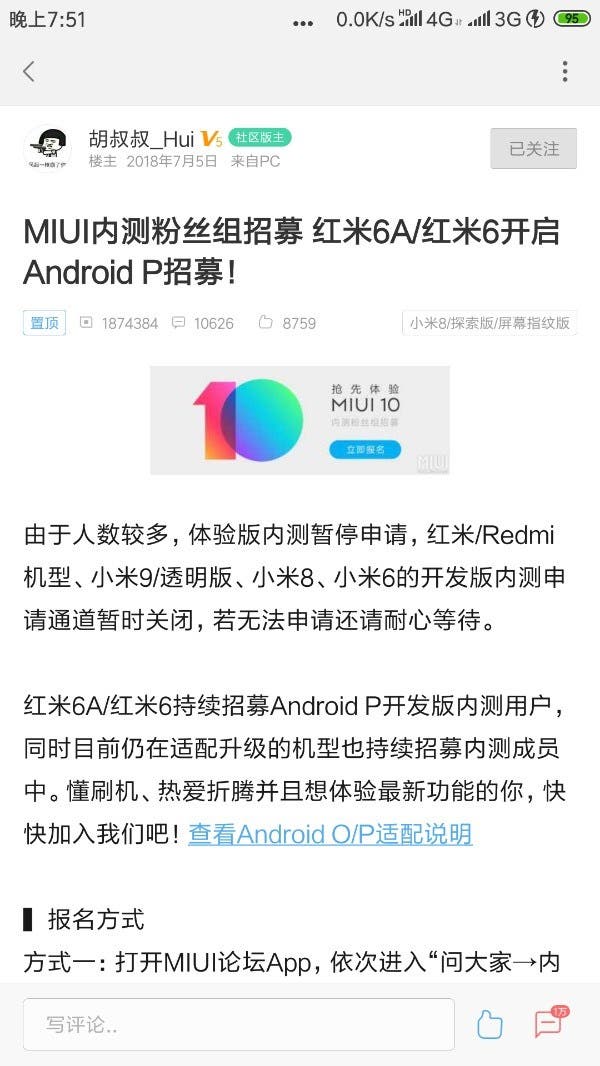 The Redmi 6 is powered MediaTek Helio P22 processor, clocking 2.0GHz. This smartphone uses a 5.45-inch 18:9 HD full-screen with an 80.7% display ratio. It provides four color schemes, namely platinum silver ash, cherry powder, Bali blue, and quicksand gold. The Redmi 6 uses a unique “small willow waist” design, which makes the grip more comfortable. On the rear, it has a 12MP+5MP dual rear cameras and the main sensor uses a 1.25μm large pixels. On the front, there is a 5MP shooter which supports AI portrait Mode and smart beauty.

As for the Redmi 6A, it is an entry-level mobile phone equipped with the MediaTek Helio A22 processor. The MIMI system of the Redmi 6A is specially optimized to reduce the size by 30%. Like the Redmi 6, this smartphone also provides four color schemes for users to purchase. The phone is equipped with a 13MP rear camera and a 5MP front camera that supports AI portrait mode and smart beauty.

The expected MIUI build will likely come with a lot of bugs and may be unstable. If you are using these smartphones as your daily device, you may want to skip this build. As per previous reports, the method of downgrading to a more stable ROM is unclear and previously known methods may or may not be useful.

Next Samsung Galaxy A10s launch imminent as it gets FCC approval