Just a few hours after we got confirmation that OPPO offshoot brand Realme is working on a smartphone with Samsung’s new 64MP GW1 sensor, the brand CEO is leaving no room for anyone else to leak out key features about the upcoming smartphone.

Aside from getting a 64MP camera, we do know that the said smartphone will come fitted with a Quad-camera setup at the rear, and now, the CEO has revealed an additional teaser giving us the very first look at the device. Unlike the rumored Hexa-camera Sony phone, the Mate 30, and the Pixel 4, the 64MP Realme smartphone will get a quad rear camera lined up vertically on the left side of the phone, and not the squarish arrangements. All sensors, excluding the LED flash, are housed in a single ring. 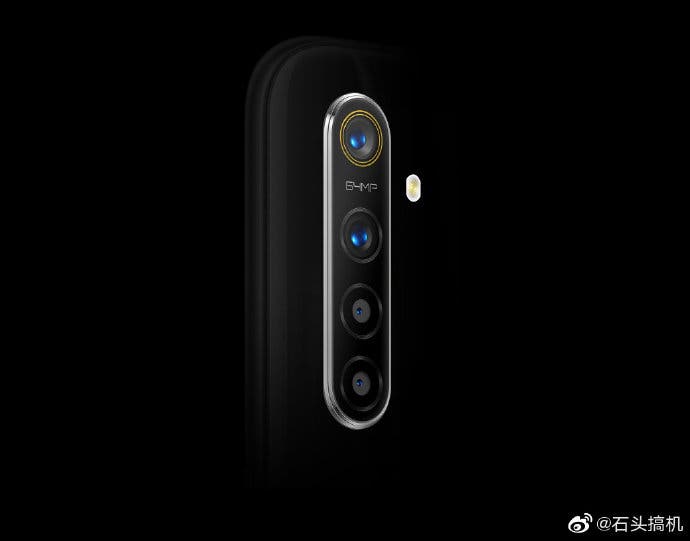 The main camera sensor has a circular yellow ring around, with the 64MP sensor written close to it. We do not have the other sensor details at the moment, though the teaser indicates you will be able to shoot ultra-high pixel images with a resolution of 9216 x 6912. The cameras will also have AI features for the best output when shooting. 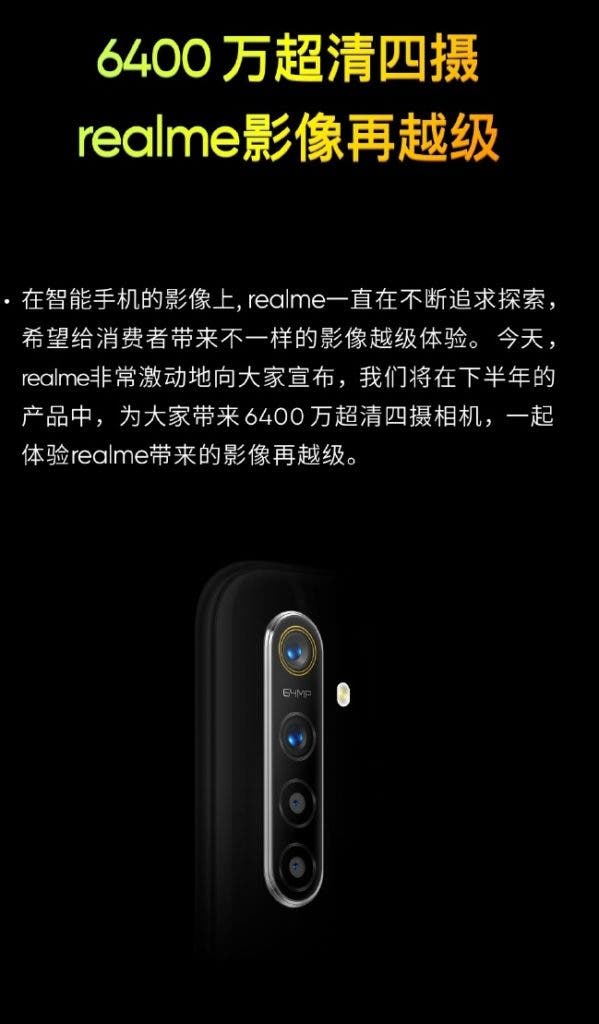 There isn’t a specific launch date yet, though rumors have it that we might see the device launch first in India or China, perhaps in the second half of 2019, just maybe sometime in July. We should be bracing up for more teasers in the coming days.

Speaking of the main talking point, Samsung’s new 64MP shooter much like its 48MP sensor employs the Tetracell binding technology. It merges four pixels into one, pushing out 16MP images in low light environments and remosaic algorithm for full 64MP shots in brighter scenarios. We are yet to see the sensor in any market ready smartphone and aren’t even sure who takes the glory of making the device with the said sensor.