The rumors are back to being insistent that Microsoft would be working on a tablet from the Surface range characterized by a display that folds.

According to what reported by Forbes, this foldable Microsoft Surface should reach the market in the first part of 2020 and boast two 9-inch screens with an aspect ratio of 4: 3, at least that is what a source inside a supplier to the Redmond giant would have revealed to Jeff Lin, associate director of IHS Markit.

Among the other features of this device, we should find an Intel Lakefield processor made with 10 nm technology, the new version of Windows 10 (Windows Core OS) with dual display interface, support for Android applications and iCloud services, 5G connectivity.

At the time Microsoft did not want to comment on these rumors (although it has confirmed in the past to work on devices with dual displays) and to learn more, therefore, we will have to be patient. 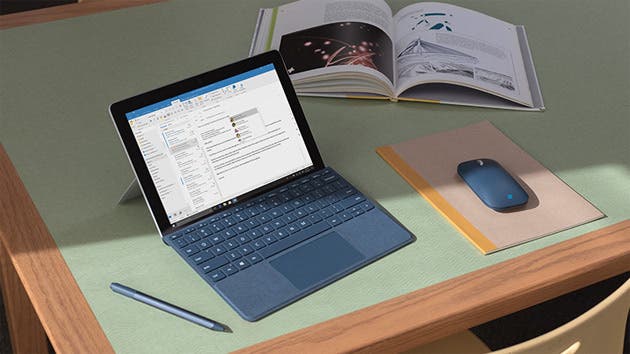 It is worth to mention that since 2017 we’ve been hearing rumors about a foldable device from Microsoft dubbed as “Project Andromeda” and that would be ultimately released as the mythical Surface Phone. However, this legendary project was put in hold last summer by the Windows mother. Last March, a recently published patent popped-out at World Intellectual Property Organization and contains some precise information regarding the hinge that could be used in the device. The hinge will allow the Surface Phone to be used as a laptop in landscape orientation; one display on top would be used as a display, while the bottom part could act as a virtual QWERTY keyboard.

Previous Huawei sues the US Department of Commerce again

Next The US to "clean up China" from its telecommunication network