ZTE and German operator NetCologne announced that the world’s first-gigabit network based on G.fast@212MHz was officially launched. Starting this month, NetCologne home users can enjoy high-speed data internet services up to Gigabit. In May 2017, ZTE and NetCologne completed the G.fast@212MHz laboratory test with a measured access rate of up to 1.8 Gbps. 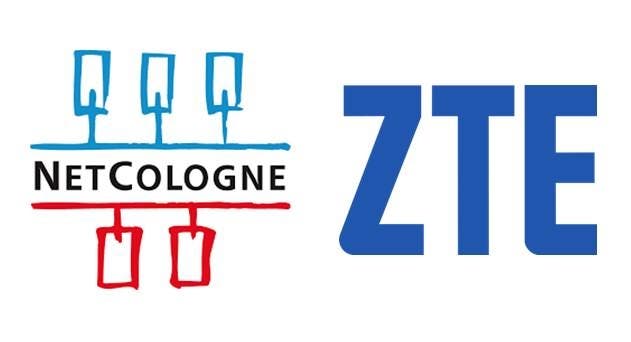 NetCologne General Manager Timo von Lepel said: “From this month onwards, we will provide Gigabit ultra-broadband access to more than 250,000 home users through commercial networks. Through this move, we will continue to consolidate Cologne as Germany’s most advanced digital city…”

Sun Jie, general manager of ZTE Germany, said: “The world’s first commercial Gigabit network based on G.fast@212MHz is a huge technological milestone. It also shows ZTE’s leading position in the field of broadband technology. We will continue to help. NetCologne is the leading operator of Gigabit network in Germany.”

ZTE has always invested a lot of R&D resources in the G.fast field and has achieved many remarkable technological achievements. As a strategic partner of NetCologne, since the signing of the strategic cooperation agreement between the two parties in February 2017, ZTE has continued to provide advanced network equipment for NetCologne. In April 2019, ZTE Corporation provided NetCologne with the first DPUs supporting G.fast@212Hz. Among the 8-wire/16-line products, the DPU is the industry’s first G.fast device to support the highest security level of ETSI SR2 Reverse Power Supply (RPF).

Its unique six-in-one uplink mode (GE, GPON, 10GE, XG-PON, XGS-PON, and 35b bonding) provides the flexibility to address a wide range of application needs. In addition, the product also supports a variety of power supply methods, which can be adaptive in multiple environments. Through the G.fast solution provided by ZTE, NetCologne can provide users with Gigabit ultra-bandwidth access based on the copper resources of the existing network without any fiber modification in the home segment. This will greatly save network transformation, civil construction investment and it will help NetCologne stay competitive in the market.

At present, ZTE’s optical copper-in-one products have deployed more than 10 million lines worldwide. G.fast products have been commercialized in Japan and Germany, and have been tested by more than 30 operators around the world.