LG launched its latest flagship, LG G8S ThinQ, at MWC2019, and this smartphone is set to enter the German market. According to media reports, the LG G8S ThinQ will be available in the German market on July 1. This device will sell for €769 ($876). However, customers who purchase this phone before the end of July can get a free LG 43-inch 4K TV €499 ($568). The report does not say whether this free gift is for every purchase within the time tag. 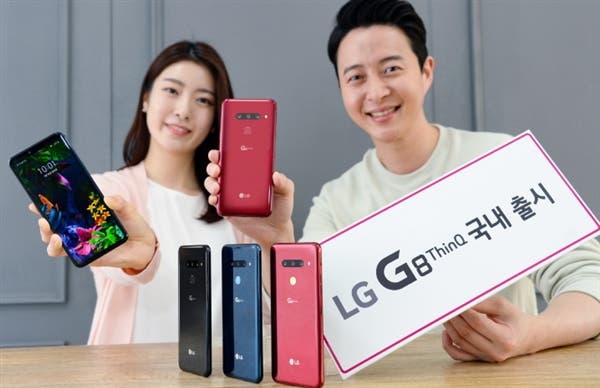 One of the biggest highlights of the LG G8S ThinQ is the camera. This smartphone has a triple rear camera with a 13MP wide-angle + 12MP main camera + 12MP telephoto lens. For selfies, it is equipped with an 8MP (aperture of F/1.7, 1.22 μm) + Z Camera TOF lens. According to the official introduction, the Z Camera can realize biometric function similar to Face ID – Hand ID. The G8S ThinQ recognizes whether the owner information matches or not, by identifying the shape, thickness, and other characteristics of the vein in the palm.

At the same time, the G8S ThinQ incorporates Air Motion’s hanging gestures, allowing you to answer, hang up, screen, adjust volume, and switch applications by waving your hands. In terms of core configuration, the LG G8S ThinQ uses a 6.21-inch bangs screen with a resolution of 2248×1080. It is equipped with Qualcomm Snapdragon 855 flagship platform, equipped with 6GB of RAM + 128GB of storage, and a battery capacity of 3550 mAh.

Previous Samsung is one of the "most balanced" tech companies