Earlier today, we brought news about Xiaomi CC9 which has recently confirmed to come with a 32MP selfie shooter. Now, the company is also teasing/confirming the capacity of the rear shooter. 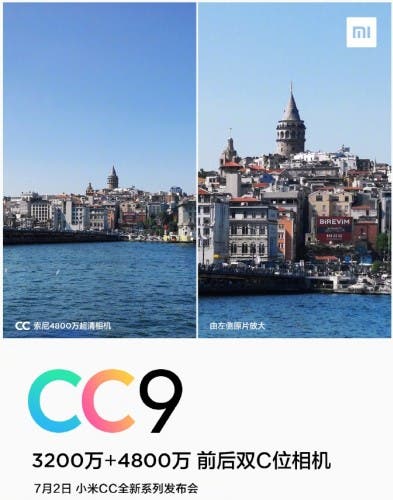 The Xiaomi CC9 will debut on July 2, and according to a teaser post, it will feature a Sony’s IMX586 48MP shooter. The Sony made sensor will be the regent of the CC9 triple camera setup. As previously mentioned, the device is also featuring a 32MP camera on the front, making this handset a special choice for photography lovers.

Rumors suggest that this device will ship with a Snapdragon 730 chipset likely paired with 6GB of RAM and 64GB/128GB of Storage. It will boast a 6.39-inch AMOLED display with a 4,000mAh battery running the show. It will likely run MIUI 10 based on Android Pie. As per a Weibo image making the rounds, the Xiaomi CC sports a bezel-less display with no notch in place of a flip-up triple camera. The other, Mi CC9e will have a waterdrop notch and triple rear cameras with no fingerprint on the back.

While details are still scarce, with the launch date nearing the shores, we don’t think that Xiaomi will keep all the secrets hidden for a long time.