Chinese smartphone maker in its latest expansion drive launched a brand new Xiaomi CC series – a series of smartphones aimed at the young and the fashionable in the society. The brand has scheduled an event for July 2nd where we will see the first batch of devices – the Xiaomi CC9 and Xiaomi CC9e in the new series.

Details of the devices under the Xiaomi CC are still scarce, although we do have a slight idea of what to expect, it seems we are in for a series of leaks in the build-up to July 2nd. The company has revealed a teaser camera sample of the CC9, and from the poster, the brand revealed that the cc9  will come with a 32 MP selfie shooter with improved Beauty mode.

The post says the camera will “restore the natural skin texture” and will “record the beauty of each moment”, which suggest the device might come with the advanced camera sensor. While we are not sure what model of the Xiaomi CC the teaser refers to, there are chances it could be the Xiaomi  CC9e, given that the standard CC9 is rumored to come with no front camera. 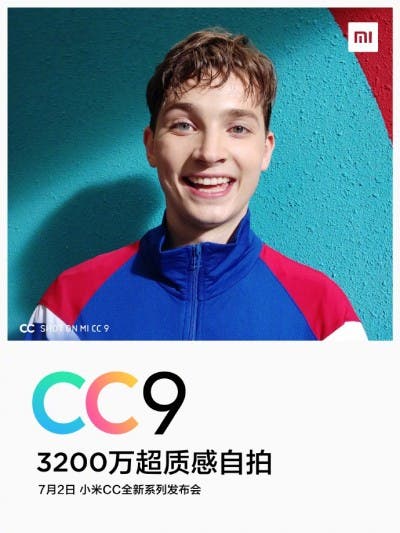 As per a Weibo image making the rounds,, the Xiaomi CC sports a bezel-less display with no notch in place of a flip-up triple camera. The other, Mi CC9e will have a waterdrop notch and triple rear cameras with no fingerprint on the back.