The Samsung Galaxy S10 series has begun to receive June 2019 security patches, the update, which has arrived in the past few hours, improves the security of the Android operating system and integrates a new camera mode that allows scanning of QR codes.

The new features, however, does not stop there. With the recent update, in fact, the Korean company has further improved the user experience by introducing vibration feedback that can be exploited in two contexts: 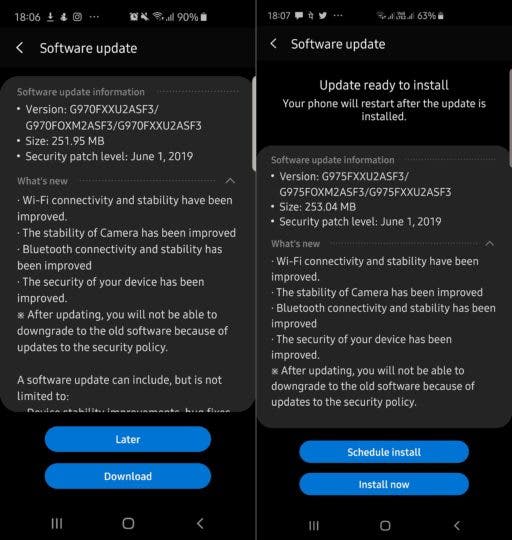 Having vibration enabled for the gestures is very handy, as the feedback will help you be sure you actually used a gesture properly. It’s one of those things you wish Samsung had thought of from the very start, but it’s good to see the company is doing the needful with a software update. In fact, Samsung has been actively making improvements to the Galaxy S10 software experience with updates, especially when it comes to the camera’s capabilities. The June security update, for instance, adds the ability to scan QR codes without using Bixby Vision or third-party QR scanning apps.

The update, we remember, is already being distributed OTA on Galaxy S10+ and will be available in the next few hours also on Galaxy S10 and Galaxy S10e.

Next Realme 3 Pro gets June patch, 240fps slow motion and much more