Realme 3 Pro receives an important software update, full of new features, including slow motion 240fps video recording, a theme store, a magazine function for the lock screen and much more. Last but not least there are the latest Android security patches, those of June 5, 2019. The firmware is of course always based on Android 9 Pie.

The new Realme 3 Pro firmware is being distributed OTA, but for those in a hurry, you can download the complete image for manual installation through this link. Here is the complete changelog: 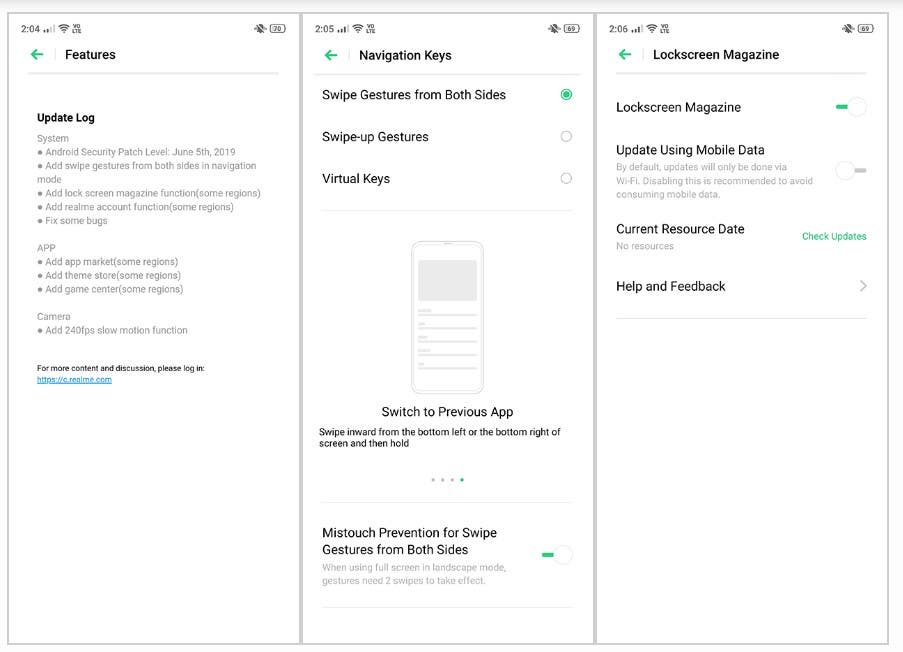 With the update, the Realme 3 Pro is also getting newer system apps which were recently added to other Realme smartphones with the Color OS 6 update. These include a Theme Store where users can download entire themes, including wallpapers, icon packs, and even different unlocking gestures for the lockscreen. Additionally, the App Market is an alternative app store while the Game Center (not to be confused with Game Space for accelerated gaming) is basically an app store but just for games. While Realme’s objective behind a dedicated app store is unclear, this might be a cautionary gesture to prepare for some harsh action against Chinese companies by the U.S. government.