Despite all the problems that made Huawei’s future uncertain, seems that the company still has hope for better days. In light of all US trade ban on Huawei, will the Chinese company be able to keep its release schedule? Apparently, yes. Although we don’t know exactly how Huawei will go around the ban, we do know one thing: The company is still working on Huawei Mate 30 series. Furthermore, it is also planning a 5G variant for the upcoming flagship. 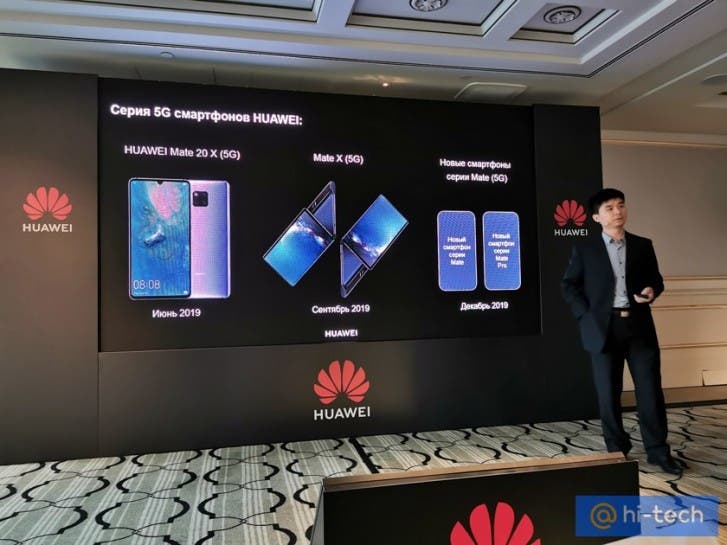 The Mate 30 5G will come in December, according to the slide above, shared by company officials at a 5G conference in Russia. With that timeline, it’s easy to estimate an approximate date for the Mate 30 series lineup. After all, this release date is for the Russian market. That’s another good prospect that Huawei will bring the Mate 30 series worldwide. Taking all this information in mind, we assume that the company will still bring the 4G LTE Mate 30 devices in October. That is unless the ban situation gets worse in the meantime.

Huawei’s foldable smartphone – The Mate X, on the other hand, should be available in September. At that point, Samsung may have already announced another foldable smartphone, and hopefully released the Galaxy Fold. Huawei’s long time to release the Mate X is due to the fact that Chinese company wanted to make sure that it wouldn’t go through the same embarrassing situation with the Galaxy Fold. And that was a wise choice, once that the revised Galaxy Fold get released there’s no guarantee that the demand will be the same. The Huawei Mate X has to be perfect at the first shot.