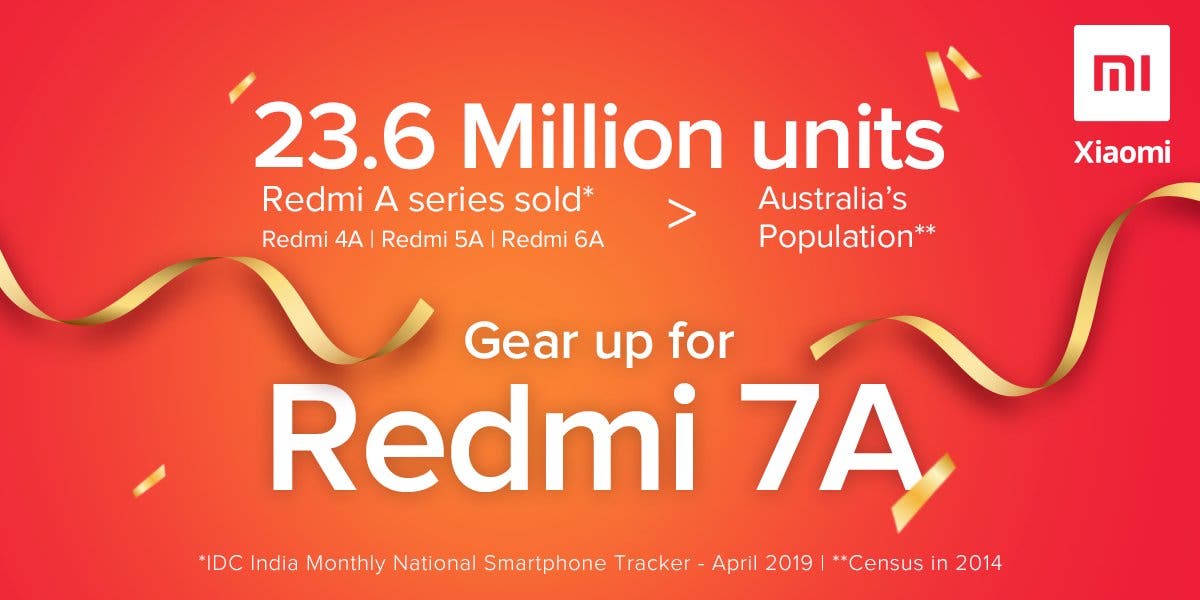 He also announced that the Redmi  7A will be released in India (with the Redmi K20, K20 Pro). The specific release date is still unknown but there are media reports that it may appear in India on July 15 or July 17.

And now #SmartDeshKaSmartphone #Redmi7A is coming to continue the legacy! 🎉🎉

In the core configuration, the Redmi 7A uses a 5.45 inches 18:9 display with a resolution of 1440 × 720. It is equipped with Qualcomm Snapdragon 439 eight-core processor clocking up to 2.0GHz. It has 2GB/3GB of RAM and 16GB/32GB of internal storage which can expand up to 256GB. The lights of this smartphone are kept on by a 4000mAh which supports 10W charging. In the camera department, we have a 13MP AI camera on the rear. It supports PDAF phase focus, AI beauty, full-screen camera, and other functions. Up front, there is a 5MP shooter which also support AI beauty, AI background blur and AI face unlock.