Google recently updated the list of devices that support Google Play services. According to the list, Huawei’s recently released smartphones Honor 20 and Honor 20 Pro will get Google Play Store support. In addition, the Honor 20 seems to be the same device nova 5T while the Honor 20 Pro is the nova 5T Pro. Since the Honor 20 series was released after the US ban, there were speculations that these devices will not come with Google Play Store support. Now, it can be seen that these smartphones will not be affected by the Google service and Android system ban. 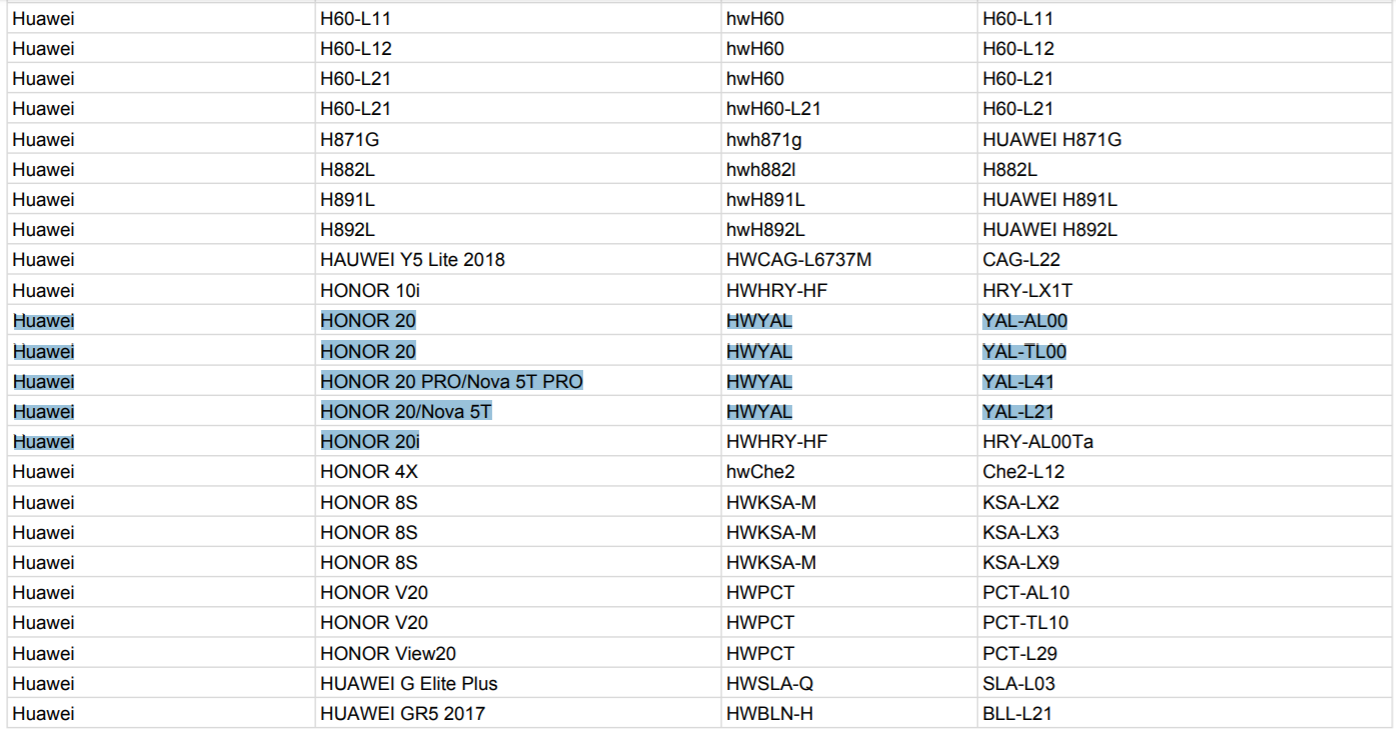 In addition, recent reports suggest that the United States is relaxing their stance on Huawei. US companies can now continue to sell to Huawei…US President Trump said this at a news conference following the Group of 20 summits in Osaka, Japan. However, the U.S. Department of Commerce’s ban on Huawei’s ban may vary. President Trump only talks about American companies selling to Huawei. Please note that he did not say anything regarding Huawei doing business in the United States. This implies that Huawei’s equipment (especially 5G equipment) may still be restricted in the US. This is about the best piece of information for Huawei’s enthusiasts.