Recently, there were reports that some units of OnePlus 7 Pro received a weird notification from the company. The push contains no meaningful message and it has caused quite a stir. Many OnePlus 7 Pro users got this meaningless message which only contains alphabets in Chinese or English. It appears more like a random typing by an accidental press of the keyboard. 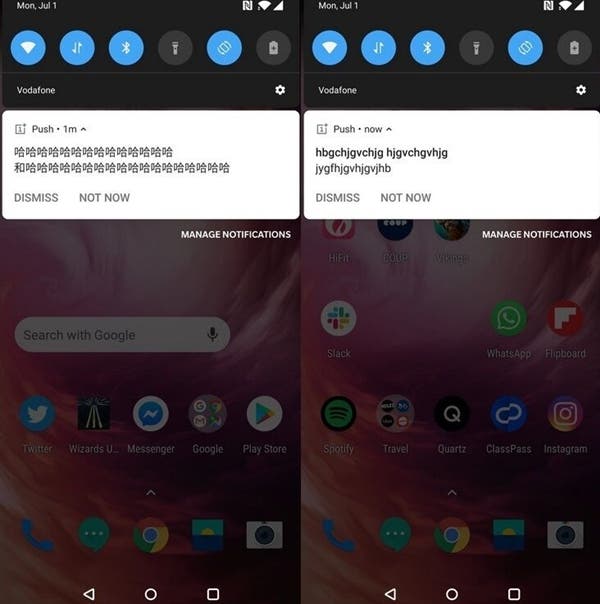 In response, the company issued a statement on its official website to explain the strange event. The statement reads “The OxygenOS team is testing the software for the upcoming Android Q system update. Due to errors during the testing process, we accidentally pushed routine test messages to some OnePlus 7 Pro OxygenOS users. We sincerely apologize to users who received the unexpected notification push.”

Of course, only Oxygen OS users got this message. Note that OnePlus users outside China uses Oxygen OS. In China, the company uses Hydrogen OS for its smartphones. This smartphone is the company’s latest flagship smartphone which hit the market in a couple of weeks ago. It uses a 6.67-inch display, Snapdragon 855 SoC and a 4000 mAh battery with 30W fast charge. If you have this smartphone and you got the message, you probably should just ignore it.

Next ZigBee 3.0 Is Here: Aqara Will Launch New Products On July 8