71 billion US dollars, that is the almost unbelievable figure that users spent on mobile applications and games in 2018. According to data from Sensor Tower. It is huge, there is no doubt. But the data referring to the first half of 2019 suggest that this year’s figure could be even higher.

Sensor Tower has published a report in which they state that, so far this year, iOS and Android users have spent 39.7 billion dollars on apps and mobile games. That, in a nutshell, means that spending has grown 15.4% over the same period of the previous year.

App Store continues to lead in revenue, but Google Play leads in downloads

Before breaking down the ranking of applications, it is necessary to take a look at the data of downloads and global revenues broken down by stores. As always happens, App Store is the store in which users spend more money, while Android, which has a greater reach ( nine out of ten smartphones), gets many more downloads. 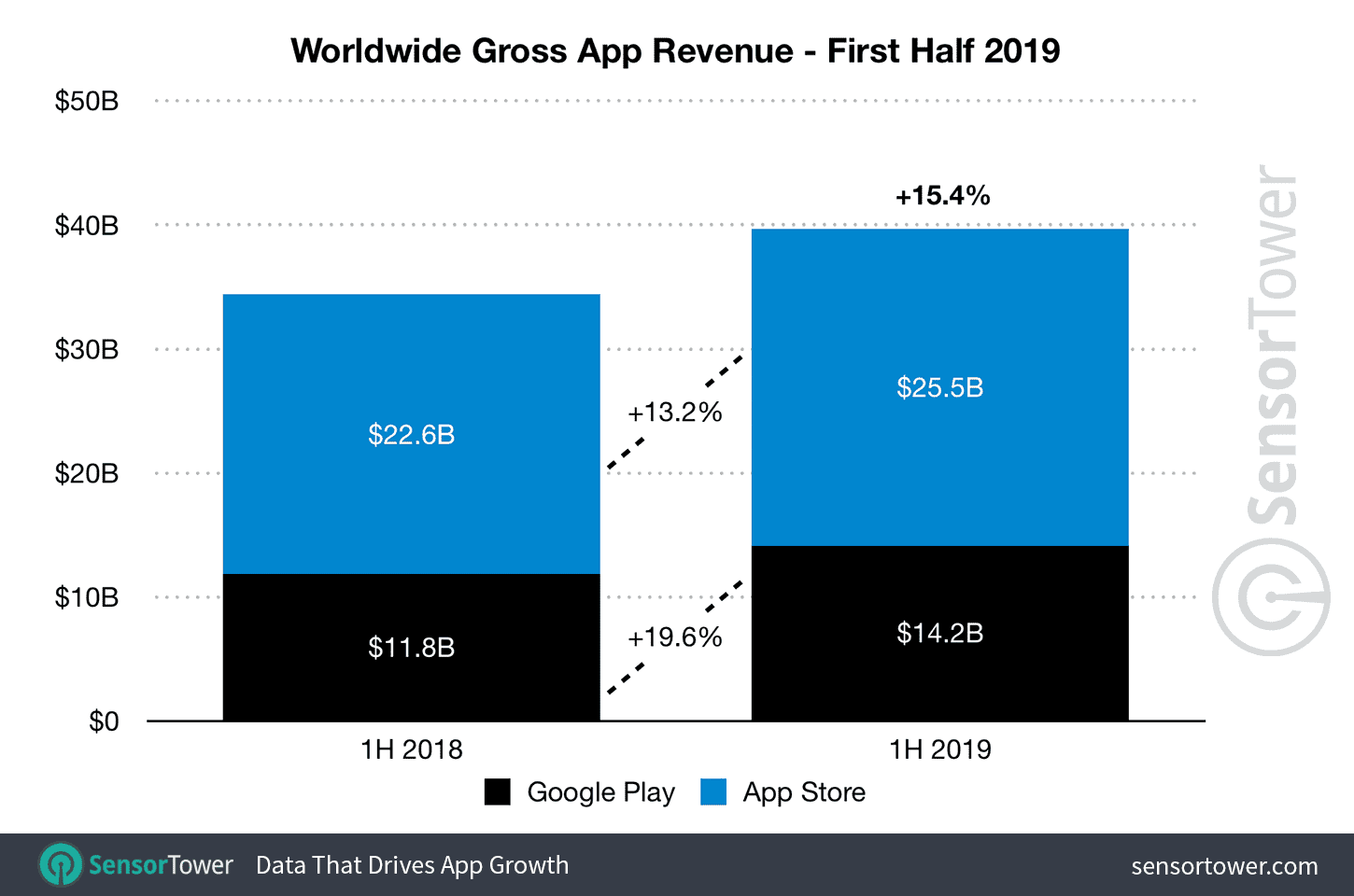 Let’s start talking about money. Globally, App Store keeps $25.5 billion of the total amount. While Google Play keeps the remaining, which is not small: $14.2 billion. Beyond the figures, what is really interesting is the growing trend. 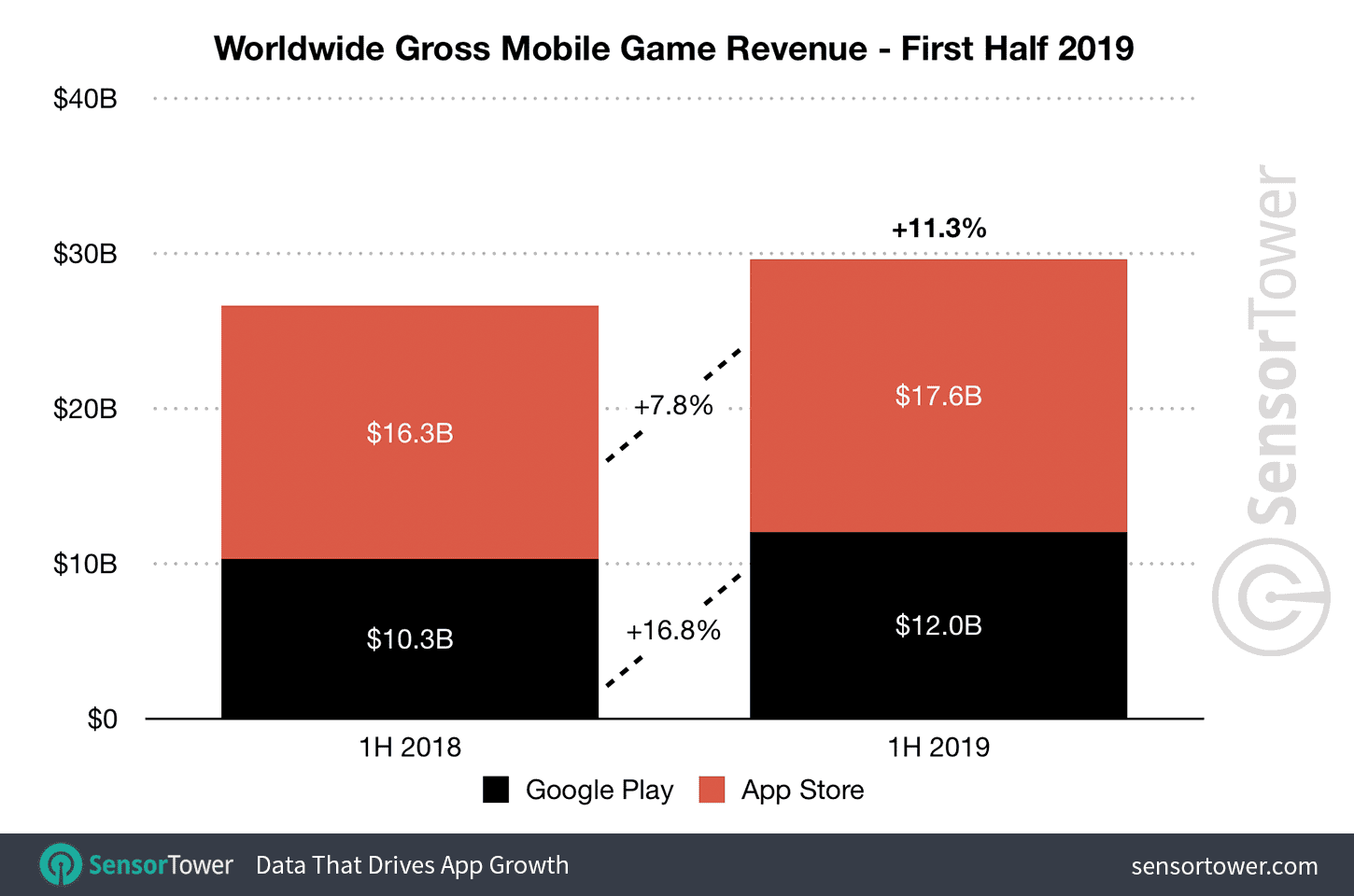 In relation to downloads, the absolute leader is still Google Play, and we talk about Google Play because Sensor Tower data does not take into account the downloads of third-party stores that are made in China. 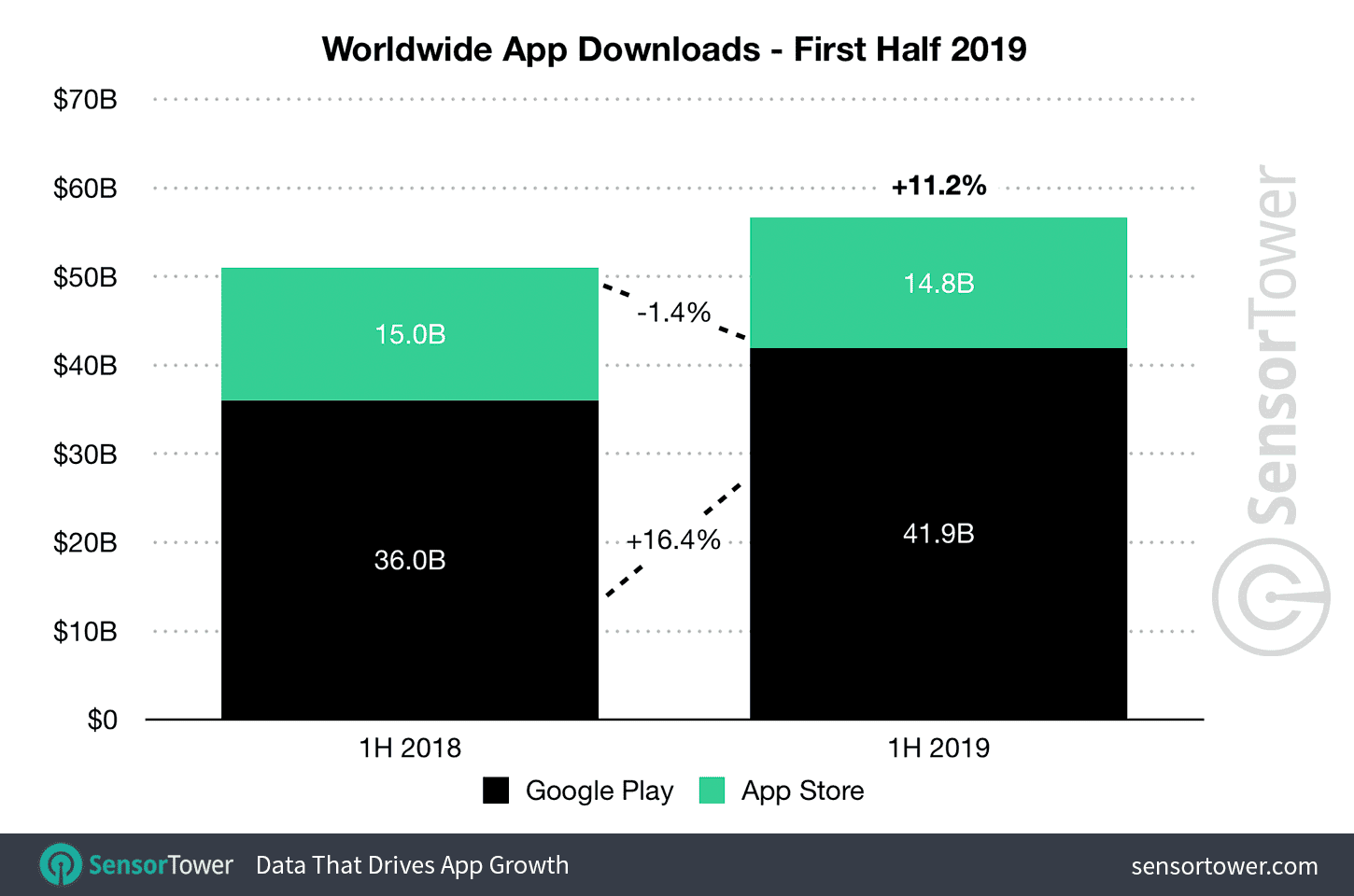 So far this year, users have downloaded 56.7 billion applications. This figure is divided by 41,9 billion in Google Play and 14,8 billion in the App Store. If we said before that both stores would have grown in revenue, the same thing does not happen in the volume of downloads. Google Play grows 16.4% (5.9 billion more downloads), while App Store decreases 1.4% (200 million less downloads).

As the report reveals, Tinder has been the application in which users have spent more money. In fact, in the first half of 2019. It has achieved 497 million dollars between the two stores. That means a year-on-year growth of 32%. 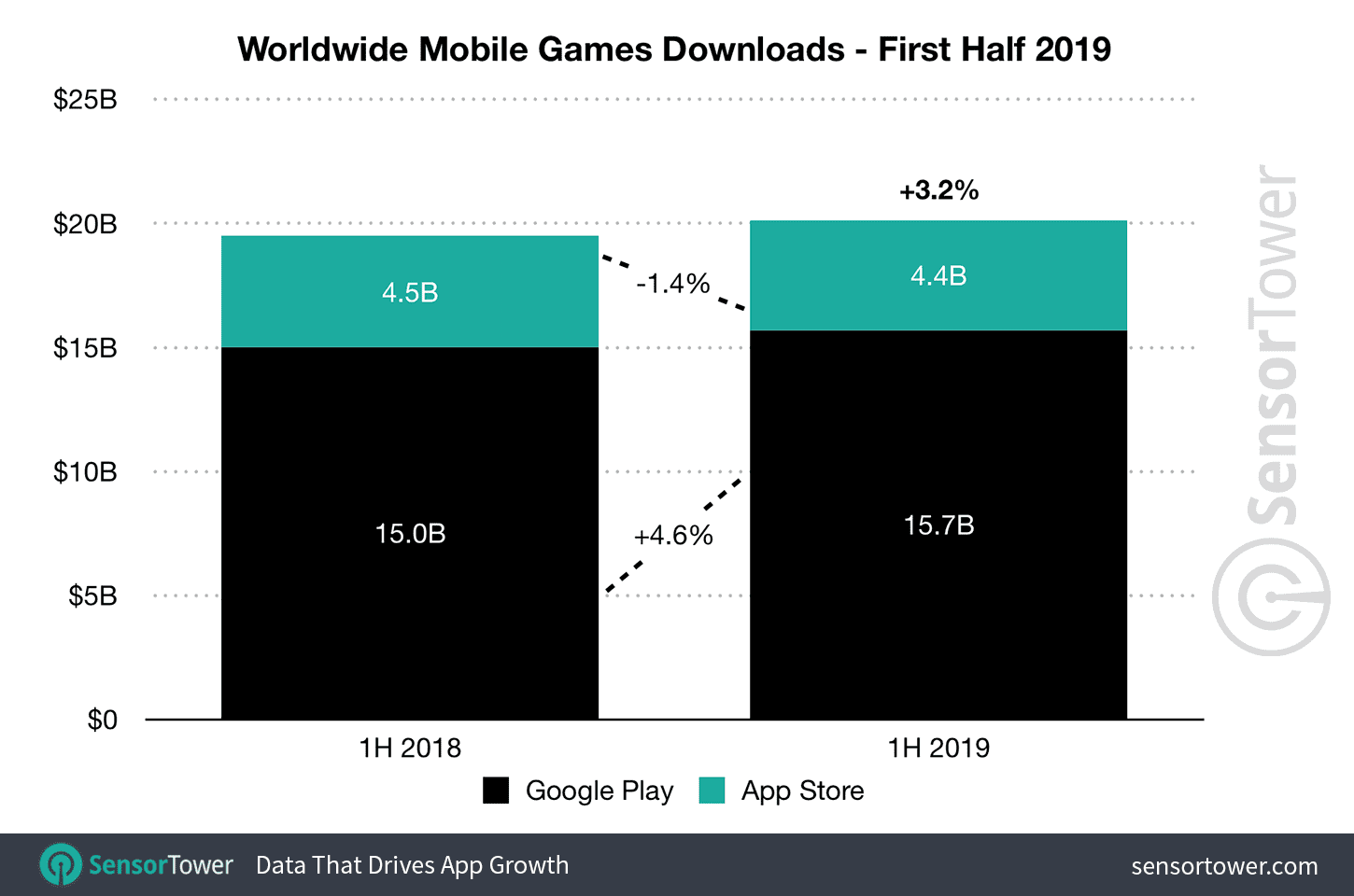 Netflix follows, which has reached 399 million dollars over the first six months. It is important to remember that sensor tower data refers to mobile applications and not to the service as a whole. Netflix was the most profitable app in the first half of 2018, but according to Sensor Tower, “it has decreased as a result of Netflix’s decision to remove subscriptions from the iOS application version”.

The most downloaded applications have been those that make up the Facebook triad: WhatsApp, Messenger and Facebook. Followed by TikTok (which has grown 28% with 344 million downloads) and Instagram. For more, you can view the full report via this link.

Previous Samsung Galaxy Watch Active 2 rumors: it will be very similar to the Apple Watch

Next OPPO trademarks “Enco”, perhaps for a new Phone series