Chinese smartphone maker OPPO is all set to bring a new smartphone to the crowded Indian market. Ahead of that, Amazon.in has published a microsite teasing the launch of the OPPO K3 in the country. It also points to the fact the device will be offered only by the retailer. A definite launch date in the country has yet to be revealed, but we expect that to happen soon.

There isn’t much of a surprise about the Oppo K3. The device was first announced earlier in May in China and is just about now heading to India. It will most certainly retain the hardware specs of the Chinese version. Unless of course, the company decides to throw in some slight upgrade, perhaps in the camera, and SoC. 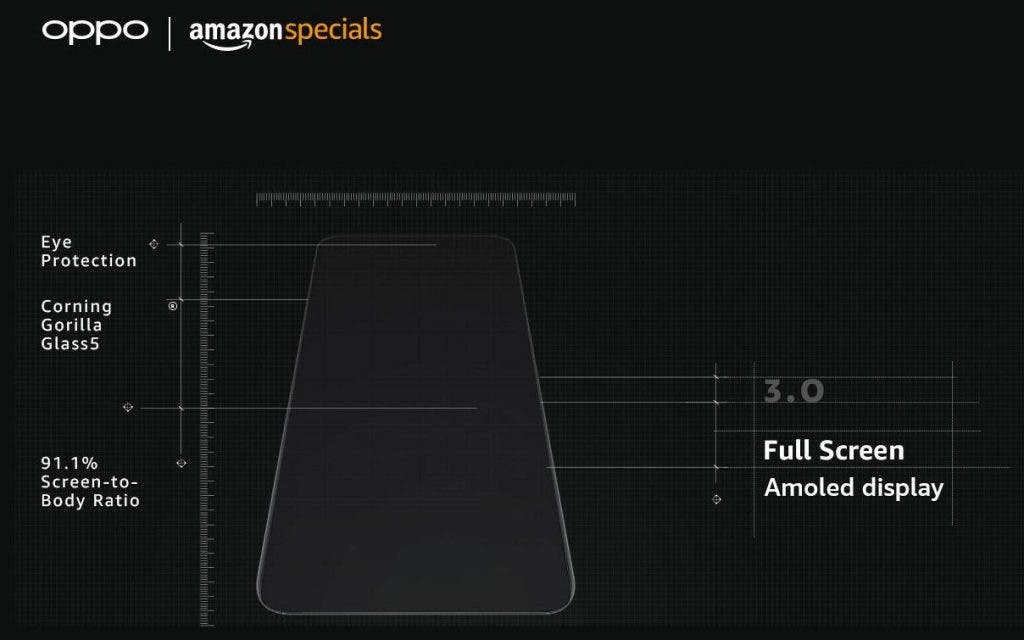 Do note that Amazon hasn’t in particular revealed the named of the device been teaser. However, a few parameters mentioned in its teasers give it away as the OPPO K3. The teaser page is touting the device’s 91.1 percent screen-to-body ratio, eye-protection feature,  as well as the TUV Rheinland certification which cuts down blue light emission.

The OPPO K3 flaunts a 6.5″ 1080×2340 AMOLED  and is powered by Qualcomm Snapdragon 710 processor. The phone has a Fingerprint scanner embedded within, and what is more, it has an ultra-high screen to body ration thanks to its pop-up camera module which houses a 16 MP selfie snapper. And on the flipside, it has dual rear snappers including a 16 MP f/1.7 main rear camera, and a 2 MP depth sensor. The device has a  3,765 mAh battery which supports 20W VOOC 3.0 fast charging.

To remind you, the OPPO K3 launched in China in Nebula Purple, Green and White colors at a starting price of 1599 yuan /US$ 230. So we will have to wait until the brand reveals the Indian pricing. It is available in with 6, 8GB of RAM, 64, 128/256GB of storage options.