Huawei has a very wide range of smartphones. Customers with any income could find phones meeting their requirements. So let’s stop talking about the leaks and rumors of the Mate 30 flagship and the like, and look at more affordable phones. Say, the Huawei Enjoy 9S was launched in China in March this year. But as we are dealing with a mid-range smartphone, many are not aware of it. One of the reasons why it was ignored by many users was a relatively smaller memory. But this is going to be fixed in the nearest future. Recently, a model of POT-AL00 appeared on the website of the Ministry of Industry and Information Technology. The specifications of the smartphone are the same as those of the original model. But this variant will come with a 6GB+128GB enlarged storage combination. 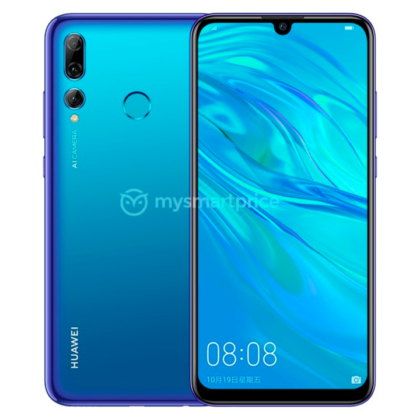 As said, in March, Huawei launched the POT-AL00a Huawei Enjoy 9s smartphone in the domestic market. This phone has three storage configurations at the beginning: 4GB + 64GB, 4GB + 128GB, and 6GB + 64GB storage. Thus, the 6GB variant is paired with up to 64GB storage only. This is unacceptable for those who like to store many video and audio files on their phones. Fortunately, Huawei understands this better than us. So with the addition of the Huawei Enjoy 9S, the company will re-boost the sales of this handset.

Well, as the rest of the features remain unchanged, let’s recall them once again. The Huawei Enjoy 9S is packed with a 6.21-inch drop screen. It has a Full HD+ resolution and is covered with a 2.5D arc glass. Under the hood, the phone carries a Kirin 710 quasi-flagship chip, which also integrates ARM Mali-G51 MP4 GPU. On the back, we can find a triple-camera with a sensors combination of 24MP + 2MP + 16MP. On the opposite side, we can find an 8MP selfie shooter. The battery has a 3400mAh capacity.

Next Samsung Galaxy A80 now available for pre-order in China