Owners of the Samsung Galaxy S10, S10 Plus, and S10E have been enjoying the Camera’s Night Mode for quite some time. However, it wasn’t available for the most powerful variant of the S10 series, the Galaxy S10 5G. Now, seems that Samsung has finally found time to implement the feature into the 5G-capable phablet. The Night Mode, which boasts Night Photography, is coming via an OTA update.

The first units to receive the new camera mode are located in South-Korea. However, it should spread over other countries where the 5G variant of the S10 is also available. Samsung’s Night Mode is included in the G977NKSU1ASF3 firmware update, which comes in at 429MB. In addition, the new update also bumps the security patch to June 2019. 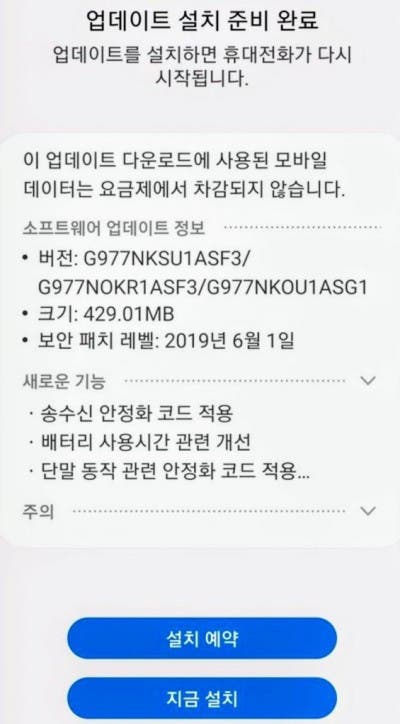 Apart from the Night mode, the update brings vibration feedback for the navigation gesture bar. Furthermore, it addresses issues with the overall stability and boosts the performance of the UI. The changelog also mentions improvements for battery usage,  reception stability, and terminal stabilization code.

As previously mentioned the firmware availability is currently limited. But we expect to see a wider rollout in the coming days. The Galaxy S10 5G is currently, the strongest smartphone made by Samsung. However,  Galaxy Note 10 series is coming to take this crown. The new king of phablets should include Night Mode straight out from the box.

Next Galaxy A40 gets Samsung Pay through a new software update