The ASUS ROG Phone 2 launch is right around the corner and while the company didn’t tease the device or its features as much as we would have liked, we now have a TENAA listing to satiate many of our curiosities today. Especially, the rear design that so far eluded us is not out in the open. The handset has previously appeared on CCC (3C) certification revealing 30W fast charging capacities.

Coming to the specifications that have been listed, the ROG Phone 2 has a 6.59-inch AMOLED screen and a pretty monstrous 5,800mAh battery. That’s probably to compensate for the 120Hz screen refresh rate but we got to say ASUS might have gone too far with this one. To put it into perspective, the ROG Phone had a 6.0-inch display and a 4,000mAh battery which seems modest compared to the ROG Phone 2. 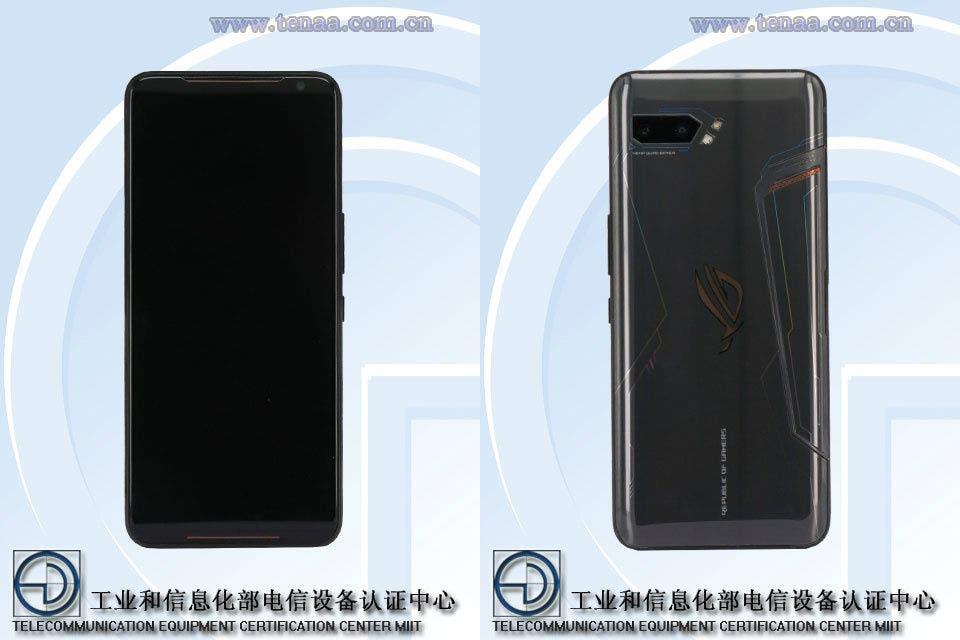 We’ve known the Taiwanese brand to fit in huge batteries in its flagship and this could make the gaming device quite bulky and heavy which in turn could become a deal-breaker for people. If you are interested in dimensions, here they are – As for physical dimensions, the listing reveals the phone measures 170.99 x 77.6 x 9.78mm.

It’s already known that the handset will boast the Snapdragon 855+ which is the latest flagship chip from Qualcomm. The launch is on July 23.

Previous Xiaomi Mi A3 set for Malaysia debut on July 31

Next Honor Smartphones List to Get Android Q Spotted