It seems that Xiaomi is in a hurry to get the Mi A3 released globally. The handset is now set to launch in Malaysia on the last day of this month – 31st July after just being official yesterday in Spain Europe. This would be the first launch of the Mi A3 in an Asian region and we’re also expecting a launch in India in the coming weeks.

While each year, Xiaomi used the Mi X series as the reference model for Android One phones, this year it’s not the case. The Mi A3 is based on the new CC series. In fact, the Mi A3 is essentially a Mi CC9e with a few minor changes here and there. Also, some choices of the company like the display and processor will indeed prove to be controversial while others such as the triple camera and the 3.5mm headphone jack will be welcome. 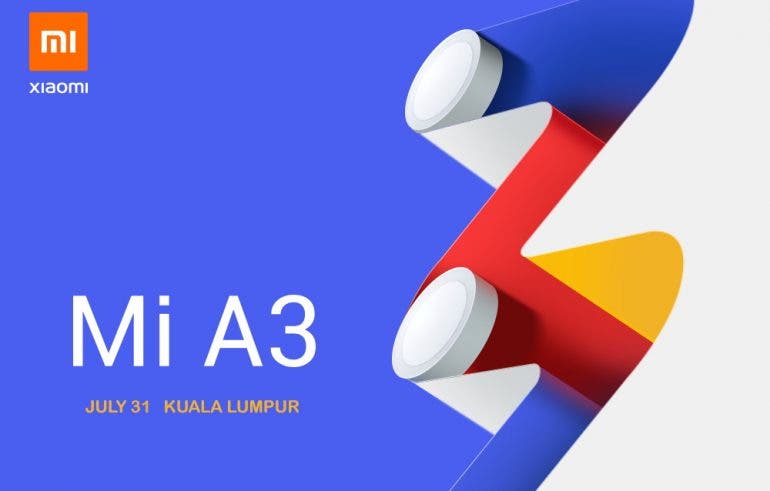 Xiaomi’s last year’s Mi A2 had a Full-HD IPS panel while the Mi A3 has an HD+ pentile matrix OLED panel. It also now has a bigger bottom-chin than the Mi CC9e which is its inspiration. The processor is the Snapdragon 665 which is a good mid-range SoC but would not be considered much of an upgrade over the Mi A2. That said, the triple camera setup which includes a 48MP sensor, as well as a wide-angle lens, will be the USP of the device. Expect the handset to launch in more regions by the end of the next month.