Since the beginning of this month, speculations have been spreading about the launch of Honor Band 5. A few days ago, we’ve got a report pointing to a launch on July 23. Today, the launch date was pretty much confirmed in a poster and through Huawei mall. 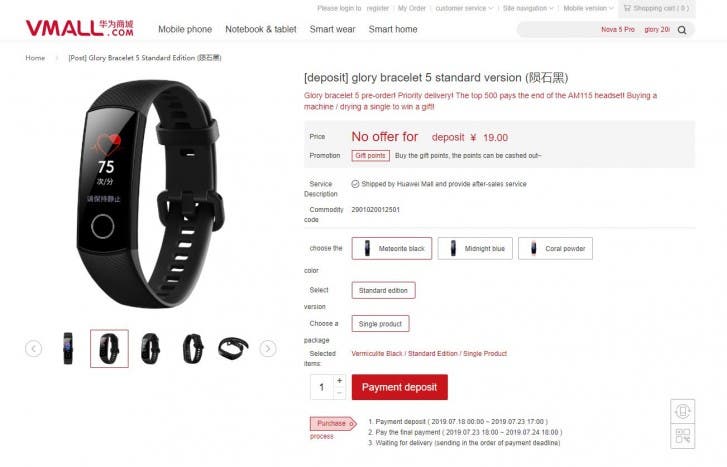 The wearable has popped out in pre-order on Huawei’s online store. To lift the interest of potential buyers, Huawei is offering a pair of Honor AM115 earphones as a bonus for the first 500 buyers who deposit CNY 19. While we don’t have a detailed spec sheet for the newest wearable, we can already see that it will come in black, coral and midnight blue colors.

The Honor Ban 5 seems to be pretty identical to its predecessor. That includes the color screen and circular button setup. Besides the design similarities, the new wearable should include the entire plethora of features offered by Honor Band 4. Furthermore, it will bring the option to measure blood oxygen and fatigue levels. 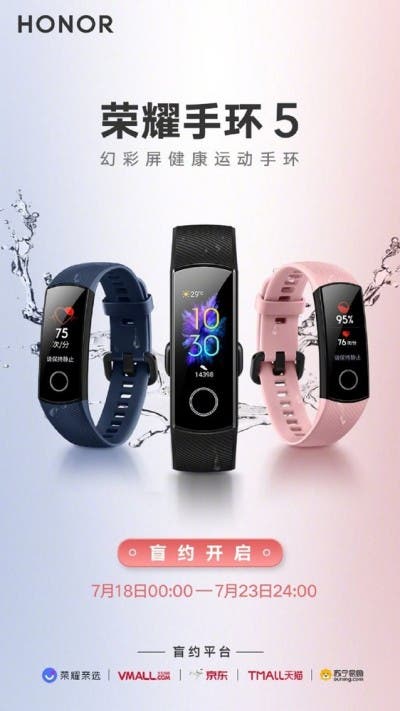 Since the listing describes this version of Honor Band 5, we expect to see it coming alongside a higher-end version on July 23. Since July 23 is nearing the shores, we won’t have to wait much to know everything about Huawei newest wearable.