Thanks to a 22% surge in revenue in June, TSMC’s Q2 2019 quarterly results exceeded the guidance limit given in Q1. At today’s corporate briefing, TSMC announced a revenue of NT$24.99 billion ($804 million) in Q2. This is an increase of 10.2% from the previous month and a 3.3% increase from the same period last year. 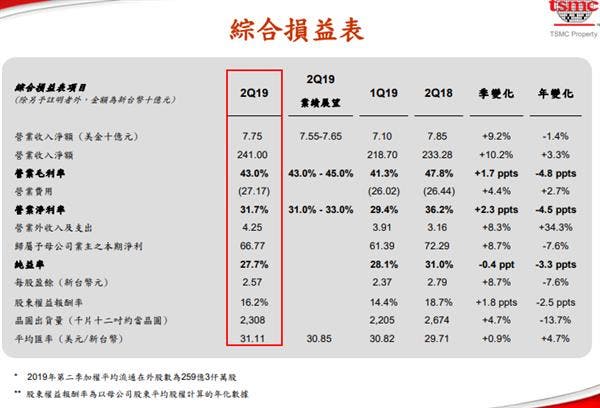 In Q2 2019, TSMC’s gross profit margin hit 43% while its operating net profit margin is 31.7%. In addition, its net profit margin is 27.7% while its net profit attributable to the parent company reached NT$66.77 billion. This is approximately $2.2 billion. Furthermore, revenues from its 7nm process account for 21% while the 10nm process accounts for 3%. The 16nm and 28nm processes accounted for 3% and 18% respectively. TSMC’s performance is increasingly dependent on 7nm technology. Its 7nm orders come from major manufacturers like Apple, Huawei Hisilicon and Qualcomm. Among them, Apple has become conservative because of the decline in iPhone sales. However, the loss of Apple orders is being made by Huawei Hisilicon. Huawei increased its 7nm process orders for TSMC. 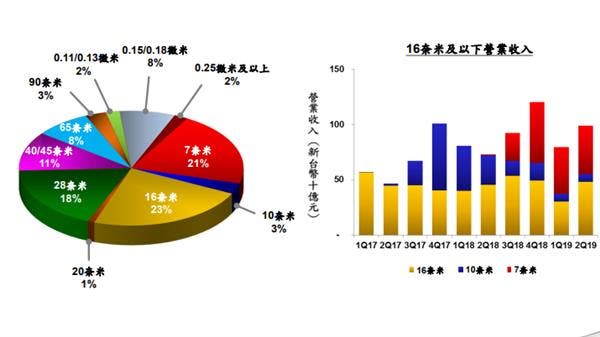 As for the two traditional customers, AMD’s 7nm CPU and GPU orders are now for TSMC. The Ruilong 3000 and RX 5700 series graphics cards will probably bring more revenue to TSMC in the third quarter. Although NVIDIA also chose Samsung for the 7nm node, the company will not give up TSMC. In fact, reports have it that TSMC will still receive 90% of NVIDIA 7nm GPU orders in 2020 while Samsung can only get around 10%.

Previous Apple hit with another lawsuit on false battery-life publicity