The smartphone manufacturing industry is quite competitive, especially in the top three markets. The largest phone market, China, is a beehive of competition. India, the second-largest smartphone market prefers Xiaomi and a few other brands including Oppo. While the US (third-largest phone market) seem to prefer Apple and Samsung. However, the European market is wide open and the competition is less intense. Many Chinese OEMs are now moving into Europe and Oppo seem to be planning a mass invasion. Recently, OPPO submitted more than 20 trademark registration applications to the European Intellectual Property Office. Now, three new smartphones from Oppo has passed EEC certification. 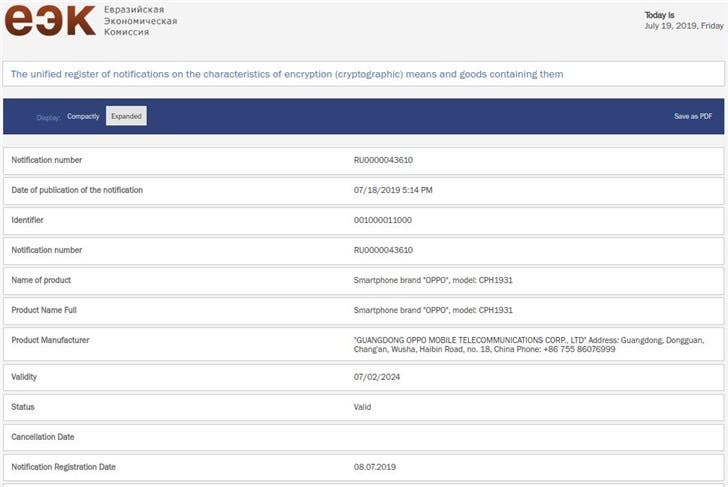 The Oppo models that got the certification comes with model numbers CPH1931, CPH1941, and CPH1951. The EEC registration date for these smartphones is 8th July 2019. Unfortunately, the certification does not come with any specs of these devices. 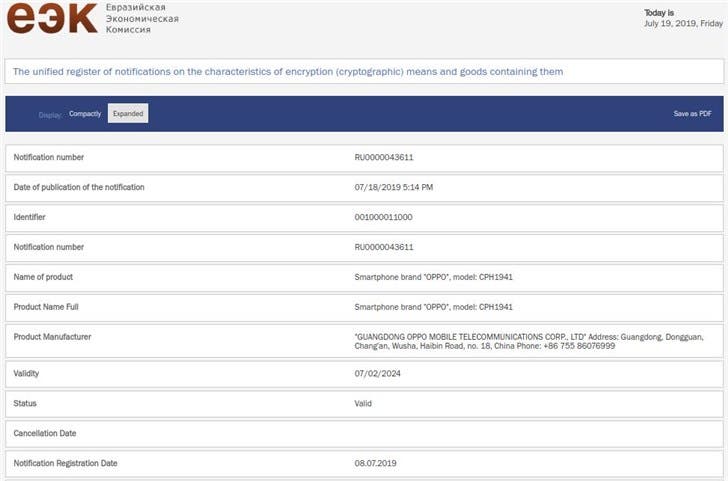 According to the previous Bluetooth Technology Alliance information, OPPO “CPH1931” will use the eight-core Qualcomm Snapdragon 665 processor, clocked at 2GHz. The phone also includes a 6.5-inch HD screen and a large 5000mAh battery. 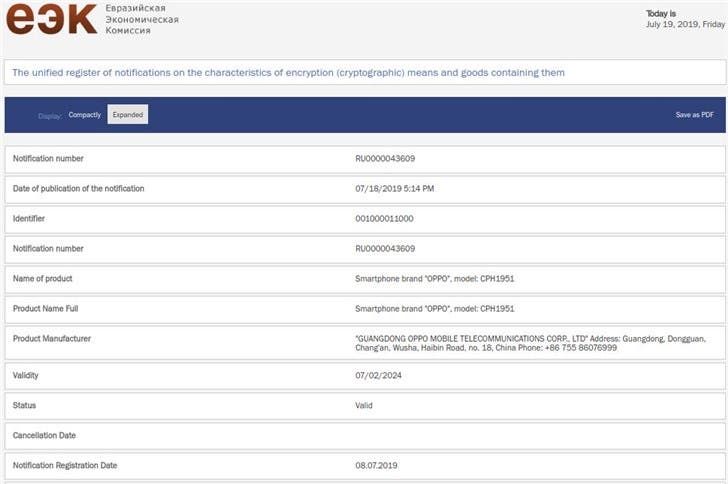 In addition, the OPPO “CPH1931” mobile phone runs the ColorOS 6.1 operating system. Speculations believe that this smartphone is the successor to OPPO R15 Pro. In addition, there are also reports that the Oppo “CPH1931” may debut as part of the Reno series.

Previous Pixel 3A lands just below Pixel 3 on DxOMark test