DxOMark just concluded its test for the Google Pixel 3A camera and it has placed the handset just under the Pixel 3.  The Pixel 3 has a 101 points and the Pixel 3A has 100 which makes it clear how close the two phones are when it comes to shooting with the cameras. Moreover, it is the only mid-range phone to make the list. That’s probably because the Pixel 3A has the same camera array as the Pixel 3.

Coming down to the test details, there’s very little difference between the two Pixel phones. Exposure, colour reproduction was as good as the Pixel 3. And some areas like noise reduction is where the Pixel 3A even fared better. Portrait mode, however, was a slight let down compared to the Pixel 3 as the depth effect wasn’t considered consistent in some shots, notes the test. On the other hand, the autofocusing speed and accuracy were considered top-notch. 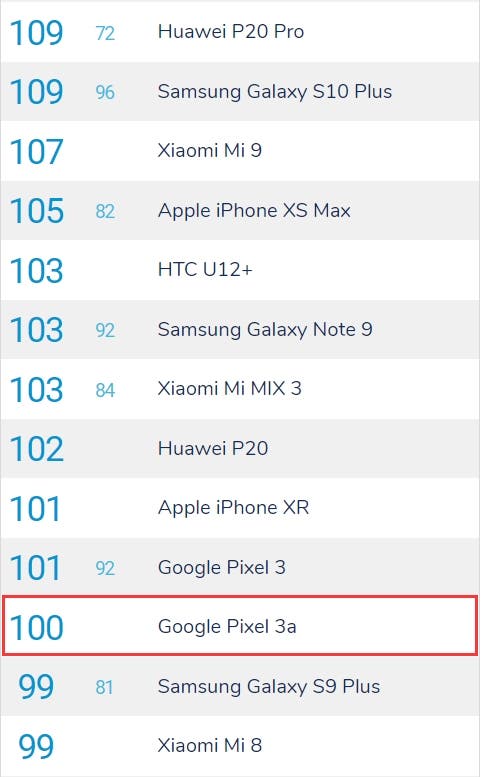 Video quality results revealed under-exposure in low-light as one of the negative aspects of the phone. DxOMark also states towards the end of the test that single-camera smartphones can no longer compare to what dual-camera and multi-camera smartphones are capable of nowadays.

However, it’s also worth noting that despite the similar score, the Pixel 3 has a Visual Core chip that has a significant role in enhancing the performance of the Pixel 3. This is not reflected in the DxOMark score.

Previous Yes, there's a petition on Change.org to reduce the Redmi K20 price in India