Google released Android 10 in all its glory in the first days of September. Soon after the announcement, the company started to upload the AOSP repository and provided the update treatment to all handsets on its Pixel range. Now, Android 10 is yet to complete one month of availability and the search giant is deploying the second update for the Pixel 3a devices.

The Pixel 3a and 3a XL were released in May 2019 as “affordable” variants of Google’s smartphones. They came targetting users who wish the best Android support directly from Google, but can’t pay the prices of the original Pixel 3 devices. We have to say, these devices are far from being budget-friendly with prices starting at $399. However, they are still cheaper than their Pixel 3 counterparts and offers the same glorious Android support. 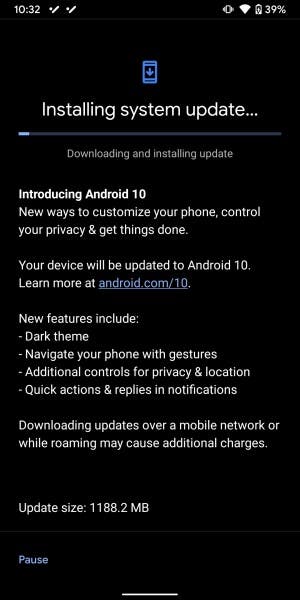 Now, while many third-party EMS is yet to disclose details about their Android 10 schedule, the Pixel 3a series is receiving the second incremental release. The package code is QP1A.190711.020.C3 and it’s a big 1.1GB download, but there is no actual changelog. Interesting enough, it has the same info from a regular Android 10 update – new features like dark theme and gestures, quick replies. Perhaps it’s just a small update with specific fixes for the duo of handsets. We’ll probably know more in the coming days.

Google Pixel 3a / 3a XL get one last update