A couple of days ago, we’ve learned that Huawei was gearing up to launch a new pop-up camera smartphone in India. Many of Huawei’s competitors already have a device of this class in the country. For that reason, the Chinese Behemoth decided that now is their turn to unveil a handset with such capabilities.

The company currently offer two smartphones with sporting an elevating camera, P Smart Z and Y9 Prime (2019). Obviously, one of them will make its way to India. Now it’s clear that it will be the Huawei Y9 Prime (2019) to debut in India later in this month. 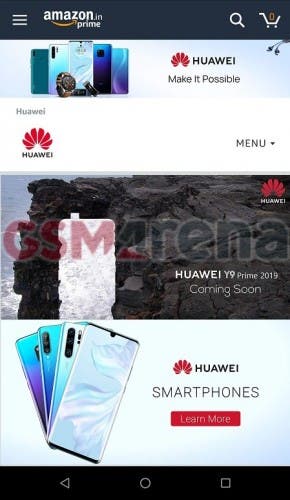 The confirmation comes directly from the Amazon website that teased the arrival of the Y9 Prime (2019) in India on its app. However, the e-commerce giant failed to reveal an actual launch date and only mentions that the device is “coming soon”.

Next Google raises Chrome high-risk vulnerabilities up to $30,000