LG’s smartphone business hasn’t been in the best shape globally for the past few years. The firm in a renewed effort is looking to revive its lost glory, especially in competitive markets such as India. LG mobile recently launched a new series of smartphones into the India market currently dominated by Samsung and Xiaomi’s Redmi. Its been barely a month since new LG W series arrived, and it appears the brand has found a sweet spot to appeal to consumers. The LG M10 might be the brand’s next focus.

Perhaps as a signal that the brand has plans for more of such valued devices, LG mobile has now trademarked the LG M10 Moniker. The brand secured the new name with the KIPRIS (Korean Intellectual Property Rights Information Service). Now, this is a sign that a new LG M series is in the offing, obviously to take on Samsung’s Galaxy M series. 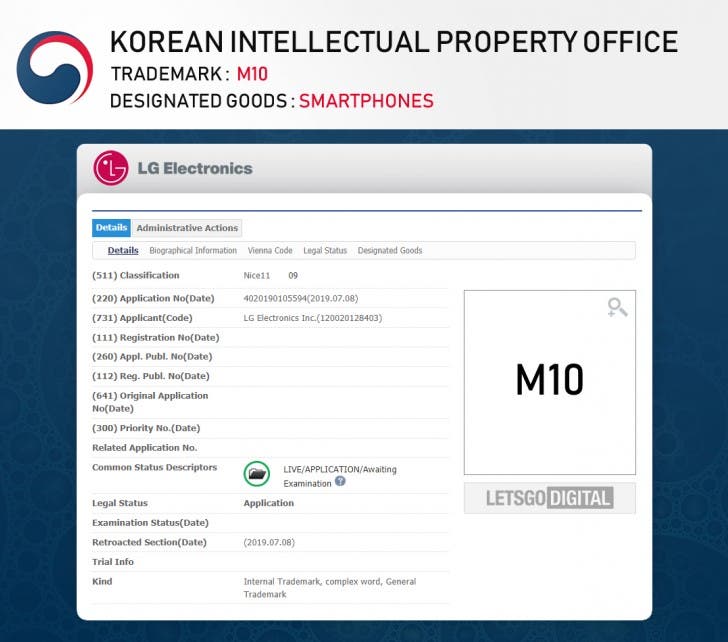 While we have no details about the new LG M10/ series, indications have also emerged that the South Korean phone maker has plans to continue churning out phones under its V series. To this end, it has also secured patent approval for the LG V60 and LG V70 monikers. These devices obviously will be the next in the V series of LG phone which currently has the LG V50 as its top model.

We are not sure how soon these patents will manifest into actual products. And while we are confident it won’t be long before the LG M series materializes, the V60 and V70 might not come until sometime next year.