After its “Mi turns 5” celebration in India last week, Xiaomi Corporation has today become the youngest company to feature in the Fortune Global 500, also known as Global 500. Xiaomi is now ranked no. 468 on the list with a revenue of US$26,443.50 million and a net profit of US$2,049.10 million in the previous fiscal year. This is indeed an incredible achievement for such a young company. 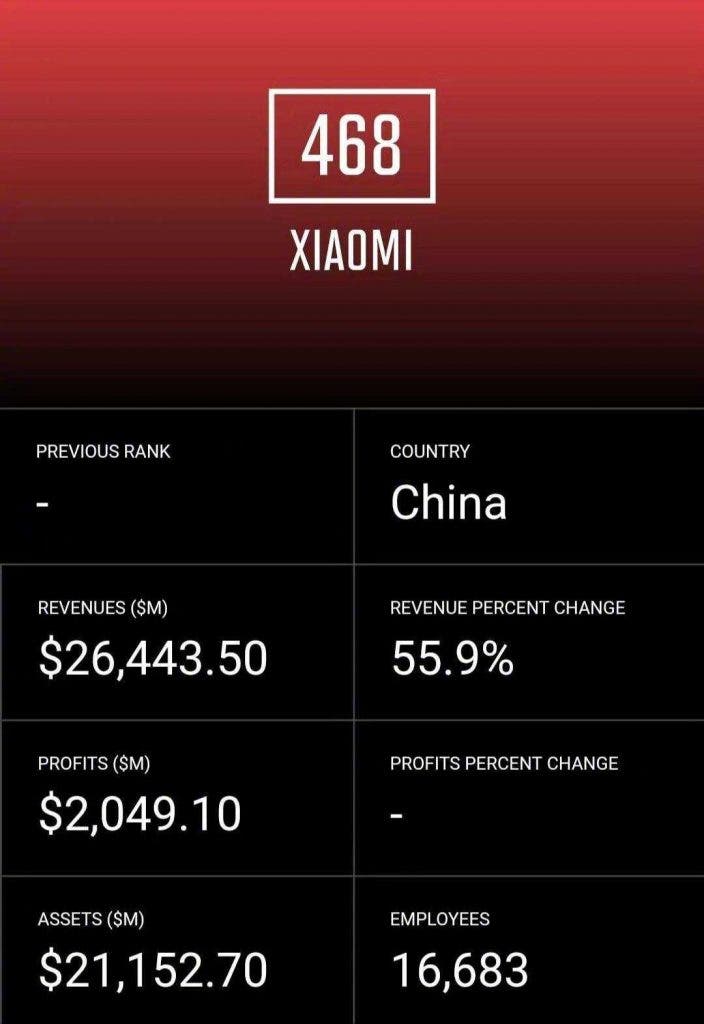 Xiaomi’s journey starts in 2010 when Lei Jun along with six partners founded the company in China. Shortly after that, on 16 August 2010, Xiaomi officially launched its first Android-based firmware MIUI which resembles Apple’s iOS in terms of looks. But the company soon shifted its focus to hardware with its first smartphone in August 2011 and rapidly gained market share in China to become the country’s largest smartphone company in 2014. That’s no small feat in an aggressive and big market like China. Since then, Xiaomi has gone global with India as its first most important global destination. Xiaomi was also previously named in Fortune’s China 500 list for the first time in June, ranking 53rd. 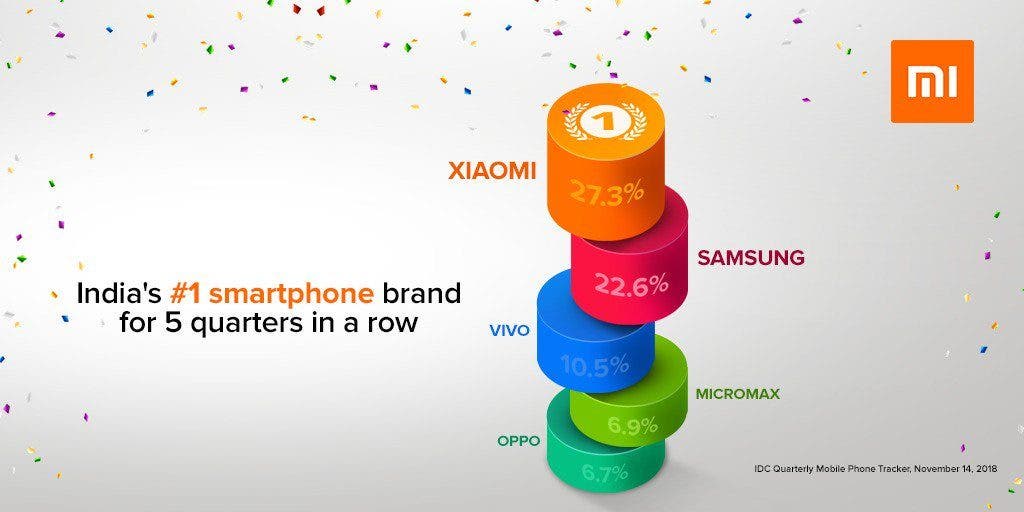 As of March 2019, Xiaomi had become the world’s 4th smartphone brand in terms of shipment sales volume, according to an IDC report. In India, the company currently dominates sales volumes largely thanks to its offerings like the Redmi 6A, Redmi 5A, Redmi Note 5 Pro, and Redmi Note 6 Pro. Xiaomi has ranked among the top five in more than 40 markets in terms of shipment it has maintained a high growth rate in Western Europe, less than two years after its official entry in the region.