The Xiaomi Mi Band 4 is already another hit made by the Chinese company. The new wearable is already in the hands of over 1 million people. While the Mi Band 4 design doesn’t leave its design roots, it’s the first Mi Band to embrace a color screen with higher resolution over previous screens.

Thanks to the new screen panel, users are free to better customize their Mi Bands 4. There’s no better way of making something yours, other than giving it your preferred look. With the Mi Band, 4 users are free to set wallpapers and expand the visual of the wearable. Xiaomi’s latest campaign comes to further advertise this feature, all will give a free Mi Band 4 for the best wallpapers created by the community. 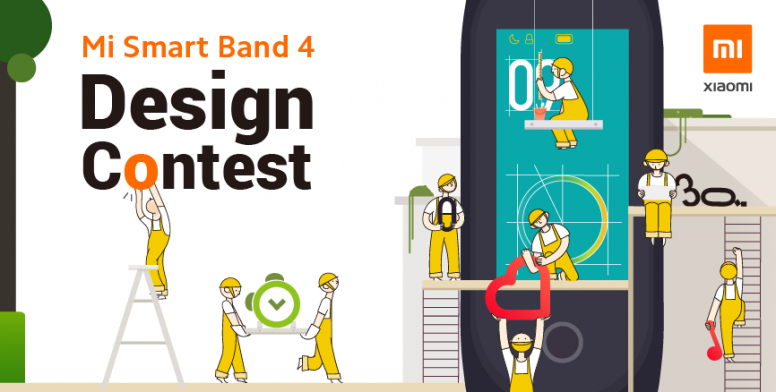 If you have a good idea for such a wallpaper, you can submit it to Xiaomi’s new #DesignWithMi contest. The contest will run until Friday next week, August 2. According to the Chinese company, it will select the best entries and 10% of them will get a free unit of the smart band. Creative Team Leader Wei from Xiaomi Global as well as the Mi Community admins will serve as judges.

To participate, you’ll need to follow the guidelines and choose one of the three templates to start creating your wallpaper. Of those “best” 10%, a winner will be decided by a vote. The winning design will be featured on the Themes Store globally.

If you want to participate, check the source link for further instructions. Good Luck!

Next OnePlus: The entire triple-camera setup in OnePlus 7 Pro will support Nightscape mode