There are about two weeks to go for before the launch of Samsung’s Galaxy Note 10 and we’ve already come to know a lot about Samsung’s upcoming phablet. Or shall we say, phablets? Yes, Samsung is likely to launch two Notes for the very first time in the history of the Note series.  In India, the duo will be sold on Flipkart, a landing page has revealed today, along with a familiar teaser video seen previously. 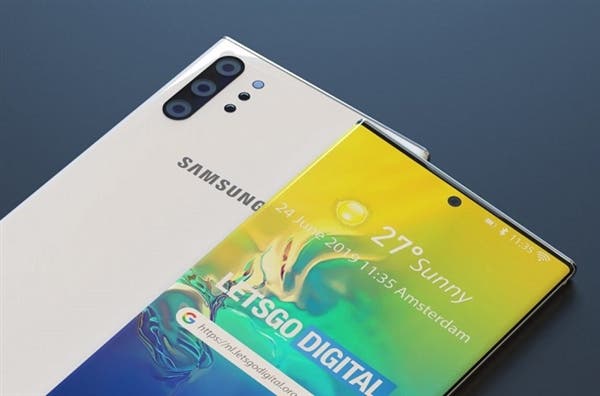 If you visit the linked page above, you’ll see the launch date to be August 8th. At this point, there shouldn’t be any confusion surrounding the specifications and features, but this isn’t the case this year. Although, the majority of the details are pretty clear. The display is supposed to be a 6.3-inch “Dynamic AMOLED” panel and offer a Full-HD+ (2280 x 1080p) resolution in the case of the smaller Galaxy Note 10. While the bigger one will have a 6.75-inch panel. Both devices will reportedly support HDR10+ and also the ultrasonic fingerprint reader. The bigger model is likely to have a 4,300mAh battery while the smaller model will be fitted with a 3,600mAh battery.

The smaller model will have a triple rear camera setup while the Note 10+ will have one more sensor on the rear. Latest rumours are that there could be a Snapdragon 855+ on the Note 10+ and that the Note 10 could be void of any microSD card support. However, these are not confirmed. Samsung is poised to launch the duo on August 7th at an Unpacked press conference happening in Brooklyn, New York at the Barclays Center. Pre-orders are expected to start soon after launch and a release is predicted to happen on August 23rd.